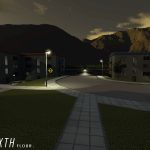 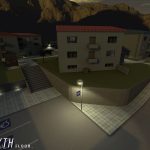 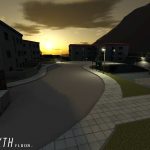 I would like to began by first saying, thanks to Blankz at Radio ITG for appearing in studio with him this past Saturday. It was a great time to hang with the “Ponbigi of Internet radio.” He truly is a “pimp!” A quick recap, we talked to Evil John, the Executive Director of QuakeCon, along with Colonel Lai who writes The Colonel’s Barracks over at Stomped. There was also a first time visit from VD-Kat, who helps maintain the IRC Network, Enter The Game, along with Whiz.

The next day was to be action packed, as Blankz and I headed to the world famous amusement park, Cedar Point. This park features three of the top four roller coasters in the world, including the Millennium Force. Just to give you a few specs on this thing: 310 feet high, 80 degree decent, 93 mph and 6,595 feet of track! Now that is one bad ass coaster! Check out these shots: 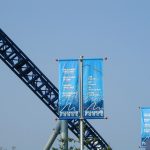 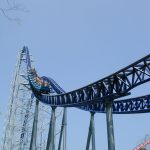 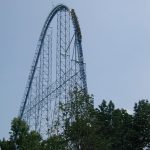 There has been a new addition to the Silicon Ice Development Team. dotEXE DOS was taken on board as a team mapper for Urban Terror. While he has only released one map, which was for Beta 1.27, called 101_Reykjavik. His current level has a development title of ‘202’ and is a terrain generated level. Think the map Sands on a smaller scale, with heavily fortified bases at opposite corners. Based on preliminary testing, the map show prove to be a success with the Urban Terror Community.

Off the record, SweetnutZ is nearly finished work on the “most impressive” level yet for Urban Terror. It is a well developed layout, with some very impressive texturing. The scary thing is, this is his first map and he really disproves my thinking of “first maps should never be released.” I guess there are exceptions to every rule and SweetnutZ’s level Casa is that exception. No word if this level will be ready for the highly anticipated map pack from SID for Urban Terror. For more sexiness, check out these screen shots: 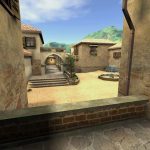 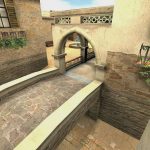 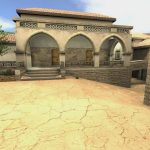 I have also been in contact with Raunchy, whom some of you might remember was the level designer behind Office for the earlier beta versions of Urban Terror. His latest level, is completely different than what was gamer experienced in Office. This level is a cross between Village Austria [scheduled to be released in the map pack]. Much of the texturing is impressive and comes from Ricochet [by WetWired]. It should only be about a week before I get the map and can do some extended testing with Silicon Ice. Here are a few screen shots to give you a preview of his level: 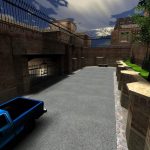 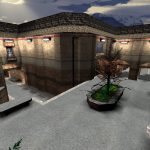 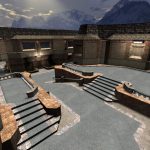 As a reminder, I will be attending QuakeCon 2001 in Mesquite, Texas, August 9-12. I will be there with nine other Silicon Ice Development Team members. Based on the experience we had last year at QuakeCon, this year should be even better. So, if you are attending, be sure to stop by check Urban Terror out! More news as it becomes available.

If you happen to pay attention to the .plan files over on the Silicon Ice Development web site, then you were able to check out and download the latest and great background art from SweetnutZ. His new backgrounds tell the tale of Urban Terror Beta 2. So go check them out! Also check out his web site, Mercer John’s Comic Book Art.

One of the best looking levels for Urban Terror was released yesterday. The level is by .EXE called 101 Reykjavik. which is based on his home in Iceland. This was probably one of the most highly played levels, as it is very new and the community has been yearning for new levels which combine both quality and game play together. The level is a MUST download. I plan on playing a few rounds on it this week and getting a review of it up. If you have played 101, then give a shout out to .EXE on the Urban Terror Forums.

A day late, but what the hell. Word comes down of a new 6th Floor Poll. This week we check in on side again and want to know where they get all their ideas for Urban Terror. This is bound to grab a laugh or two. Come on BBQ laugh! As for last week’s poll, well you can check out the results. It seems SID is having too much fun playing Beta 2, which is why the community is suffering and only getting teased with screen shots. At least that is what the community thinks. Bwhahahaha…

Maybe some of you have see the upcoming level titled Reykjavik by Áskell .EXE Löve. “101 Reykjavik [ICELAND] is where I live, and my apartment is actually in one of the buildings. The reason for that is that when I was trying GTKRadiant out I had to build something and so I built my apartment… and then my house… and then a portion of my street…” You can check out a few of the screen shots:

[SHOT #1] | [SHOT #2] | [SHOT #3] | [SHOT #4]
Now you can have a shot at offering constructive criticism to .EXE and his level. Check out, this thread, to see more levels and possibly have a chance at downloading the level. The success of this level, partially depends on community input, so help him out. In other mapping news, there is a rumor that KronO is going to start revising his popular level, Armory. While I cannot read German, you can check the forum thread and offer feedback. Who knows, maybe you can run it through Babelfish.

There is a new comic from eXKalibuR and available on U|T Designs. This week’s comic, number five in the series takes a shot at the “size” of the Urban Terrorist’s weapon. No, not that weapon. So check out the comic, Weights [Part 1].

For those still interested in Action Unreal Tournament, comes a rather lengthy description to what is called Action: Unreal Tournament – Magnum Philosophy. There is quite a bit of information available regarding this mod, along with interesting concepts. I recommend you check it out. And while you are there, download the Action UT – Magnum Philosophy theme song. Since you are going to ask me how it comes, I will tell you. Taking nothing away from our musical guru/sound effects guy, but the AUT theme song really rocks! I recommend you download it and give it a listen. This mostly all instrumental tune has very strong guitar rifts which tear it up.

Today’s Link of the Day might as well be out of the Hannibal Lechter Culinary School. I guess this was heard on a local morning show on KROQ, here in SoCal. This site, “caters to the sophisticated human meat consumer.” Uh, okay. So, if you are looking for something different for dinner to barbecue, then look no further, Man Beef is for you.

Empty promises, yeah I know. I have been busy working on creating a new look to the Urban Terror Forums the last few days. Couple that with real life and I am just behind. Of course I will catch up, I had planned on Monday to be back up to speed, but I ended up going to have barbecue [no, not the SID guy] for dinner with friends from work. The review for Corn!! will be moved to this week’s featured review.

Received e-mail from a new mapper named nova who was just beginning work on a new level, as he was “learning” the editor. All his textures are original, taken from the exact setting which is modeled using a digital camera. The level is called [101 Reykjavik] and is showing great promised based on the set of screen shots which have been posted: