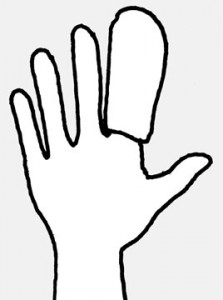 With a renewed enthusiasm, I returned to the garage to spend some time working on the Cougar the past few days. Assisted by a power drill and an army of wire wheels I went to work on the surface of the engine compartment. I still had a considerable amount of surface rust, paint and 40 years of gunk to clean off before spraying with a rust inhibitor and hopefully a primer. I made some very good progress as well, pulling hoses and wiring harness out of the the engine compartment to allow more room to clean and prep.

Wednesday I went and purchase a new Mikita 4.5″ grinder. My neighbor had brought his over last week and the speed at which the grinder cleared away the gunk, rust and paint was amazing. I figured it was money well spent and most likely something I would need down the line. After my son and I got home from Home Depot I pulled the Cougar midway out of the garage and made a decision to work on the inside of the trunk. This area is worse than the engine compartment as it suffered from a fire years ago. Taking a closer look at the underside of the trunk, there is heavy rust, but nothing that will compromise the structure.

I plugged in my new toy, put on my safety goggles, gloves and ear protection and went to work with the grinder. I had hoped to clean most of the floor of the trunk while standing where the fuel tank sits. About 15 minutes into grinding, the grinder kicked and caught the tip of my left index finger. One look and I knew my day was done. The grinder (11,000 RPM) had gone right through the gloves I was wearing and I saw a pool of red start to spread. After a few expletives, I removed the gloves to look at the injury. While not pretty I have a gash in top of my finger and the amount of blood made the injury look worse than it was (I believe). After cleaning with water and wrapping a towel around the finger I cleaned up the garage and pushed the Cougar back into the garage. I was off to the urgent care facility.

My son and I spent the better part of an hour, as they cleaned and addressed the cut in the finger. The doctor gave me the two options, leave the wound to heal itself, which would heal funny and promote possible infection or sutures. We decided on sutures, which I was fine with then suddenly got hit with a cold sweat and suddenly lightheaded.

The nurses laid me down from a sitting position, gave my oxygen and put ice packs on my head and behind my neck. About 5 minutes later I was feeling better. They told me this was common in males for some reason. After 3 injections of Lidocaine, two at the base of the index finger and the third in or near the wound, she began to stitch the wound. A total of 4 stitches later and gauze dressing and I was ready to leave urgent care.

When I got home I relaxed and waited for the Lidocaine to wear off. Once it did the finger was throbbing and sore. Some how the bandage had fallen off and the finger looked terrible, but worse it was very tender and sore, as to be expected. I am to follow up with my family doctor on Monday, but could remove the gauze dressing after 24 hours for bandages.

I now look at this as a learning experience. Never take safety lightly. I thought I was okay with the protection I had in place, but will need to reevaluate that when I get past the injury and start working on the Cougar again. I had a pair of lightweight leather gloves on, but next time around it will be a heavier pair of work gloves when using the grinder. Thankfully the injury was not worse and this will serve as a reminder to me when working with power tools to exercise caution. Hard lesson to learn. Might have to take a picture as an ugly reminder later.