In the years leading up to my employment by BART, here in the bay area I can only remember a single event that delayed an extensive period of time. I had just got off work at SFO airport and was on the train headed to Bay Point about 6am in the morning. To be honest, I am not even sure what caused the problem (I believe I recall it was a software issue, but I can’t be sure). I remember having the train sit at the platform at Daly City until service was restarted.

Now being employed by BART, I see delays from the “other side of the tracks” so to speak. For the most part service is very good (in terms of on-time) through out the bay area. Of course you read some of the unofficial BART web sites and you would think the employees are overpaid, the system is archaic and unreliable and the trains themselves are never long enough, run on a poor schedule and always dirty for the amount of money people pay for a BART ticket.

The past two days have been a real challenge, not only for commuters today and people wanting to off board or catch a train between Pleasant Hill and Pittsburg/Bay Point. Yesterday a train derailed departing Concord Station. This incident caused delays and no one was injury. The trackway was shut down and train service was terminated at Pleasant Hill (Check out the images on Claycord.com!).

I do believe maintenance crews are to commended for all of their work through the evening and in to the early morning to get the trains usable for morning operations. While the derailment did cause delays and inconvenience patrons between Pleasant Hill and Bay Point, it paled in comparison to the power issues experienced downtown San Francisco this morning.Delays were rather extensive, “when an insulator protecting the third rail between the Montgomery and Embarcadero stations in San Francisco failed at 5 a.m., forcing BART to single-track trains through the transbay tube,” spokesman Linton Johnson said. The track was put back in service by 6:30am, but”police activity at the West Oakland station” compounded the delays further. This made for a very long morning commute, not only for patrons, but for employees.

Thankfully I work with some amazing people in my department and while it would seem like chaos to the casual observer there is actually some method to the madness in order to get trains where they need to go and establish some sort of service in order to get patrons to their intended destinations. It was about 10:30 or so when things finally settled down and the system back on time and trains were running to schedule.

These days are few and far between, but couple this with the “tsunami watch” we were on Friday and the events the past couple of days, I can understand why some patrons could be frustrated. Personally, many riders don’t know the full story and will only know what they read in the media. BART continues to maintain a high standard of safety and rules on-time over 93% of the time every month. 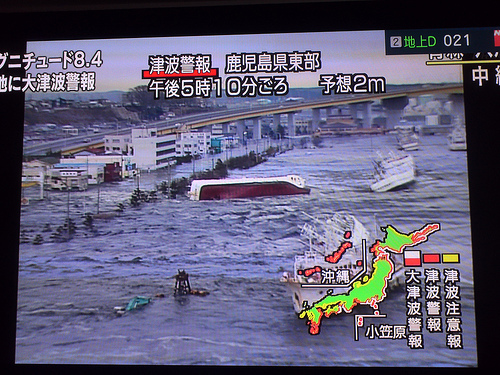