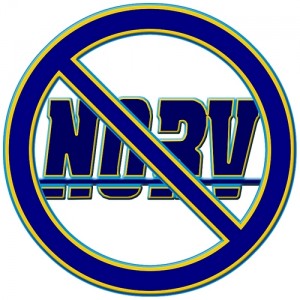 Sometimes it’s quick surprising when I explain to people during the NFL season I have been participating in fantasy football for 28 years. My fantasy league, the TFL will ring in year 29 with the kickoff of the 2012-2013 NFL season. Unfortunately, I could care less. Thankfully fantasy football will fulfill my desire to gamble on the season with friends I grew up with over the years. While we have moved our different directions, fantasy football brings us together every year.

But this post isn’t about the rekindling of friendships and reminiscing about years gone by. This year isn’t about supporting my team, the San Diego Chargers. While I won’t give up fantasy football, I really didn’t put much effort into until I found Fantasy Football Starters, hosted by Russ Bliss. I am not here to promote Russ or FFS, it’s the fantasy service I have used for the past two years and really like what they offer. This also reignited my interest in the NFL when I signed up with their service.

Unfortunately the 2011-2012 season, both for the Chargers and my fantasy football teams were a disaster. The fantasy team I take full responsibility for their failure, adding in injury and some players who just never broke out of their rut and performed. The Chargers though…failure, starting with ownership, down to the GM, head coach and some of the key players who seem to talk a big game, but rarely put one of those performances together. Vincent Jackson, you listening?

Add to that the bounty program offered to Saints defensive players. This on top of other notable scandals, such as the 2003 Spygate involving the New England Patriots videotaping opponent’s defensive signals. It’s not limited to teams, but individual players caught in a negative light also seem to shine bright during the NFL season. ” Actions of Adam “Pacman” Jones, Terry “Tank” Johnson, Chris Henry, and Ben Roethlisberger that subsequently got them suspended” (source).

So for the upcoming NFL season I pledge allegiance to team. I have given up on the San Diego Chargers until ownership gets rid of a two pronged problem, AJ Smith and Norv Turner. Both have been terrible for the Chargers. The “Lord of No Rings” continues his tradition of mediocrity in San Diego. To his credit he has made some worthwhile moves, but those have been overshadowed by questionable decisions that have set the franchise back. For example, drafting Eli Manning in the 2004 NFL Draft, when he (well his father) declared he wouldn’t play for the Chargers. In defense of that move, we did get Philip Rivers, Nate Kaeding and Shawne Merriman with the draft picks that were included in the trade that send Manning to the Giants.

The departure of Drew Brees after suffering an injury in the 2005 season finale was a surprise to many in San Diego. Smith refused to sign Brees to a long term contract or tag him as a franchise player and he eventually went into free agency. The rest is history. Michael Turner was drafted in the 5th round of the 2004 draft, but playing behind LT, he didn’t see much time. Turner signed a one year tender in 2007 and became a restricted free agent. The following year Atlanta signed him to a  $34.5 million contract. The rest is history.

Finally, the worst move of his tenure as the GM in San Diego was the departure of Marty Schottenheimer as head coach after a 14-2 season, which resulted in a 3 point loss to the New England Patriots in the playoffs. This issue was fueled more my owner, Alex Spanos, but since Marty wasn’t “AJ’s guy” it was evident the writing was on the wall. Still 14-2 on the season, what a shitty way to do a head coach. On top of that both the offensive and defensive coordinators departed for head coaching jobs. Yet more rebuilding in San Diego.

So while I am a San Diego guy, I just can come to support the Chargers or the NFL in the 2012-2013 season. Between the irresponsible players and coaches coupled with poor management of my favorite team I am done with the NFL. I will still play fantasy football and lobby my support for a player’s performance rather than what team wins or loses. I don’t care.

I have gone through a similar situation previously, but it was the interaction and enjoyment I had using Fantasy Football Starters that got my interest reignited. So for the upcoming season I will still follow player and teams for the benefit of having and sharing knowledge as it relates to fantasy football. As for the NFL season, I could care less as it will make no difference who wins, who loses or how the Chargers do.

I am counting down the minutes at work in order to get home and plop on the couch for 6 hours of football. No, not the American game (NFL), but the Premiership over in the UK. I know football…errr…soccer is not one of the “big three” in America and it never will be, regardless of what over the hill star signs with an MLS team. Sorry David but you are more fit for Hollywood than the pitch right about now.

I am madly refreshing the Watford F.C. site hoping to see a victory for the Hornets, who are my main team in the UK. Even though they were relegated after last season from the Prem, they should return in prime form and have a great shot at the Championship League. I am also excited about the start of the Premiership because I took on the role of manager of 6thFloor in a fantasy football (soccer for the Yanks) league. It will be the first time I try my hand managing my team of 15 and $100m.

As for the NFL, eh I am sure I will catch any games that involves my hometown San Diego Chargers, but outside of that I have lost interest in watching the games. I will run the 27th season of fantasy football (yes, American football, Euros) with me as the acting commish. Our draft is next weekend, hopefully both “football” teams see successful this season!