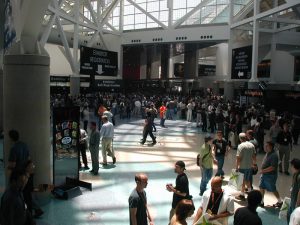 When can a 31 year old feel like a kid again? Each year you attend the Electronic Entertainment Expo, better know though out the industry as E3. While this is only my second year, you can compare walking into the Los Angeles Convention Center, home to the expo, like a kid taking a walk though his first toy store. You know how you see something and start walking towards it, then something else catches your eye and you end up wandering aimlessly though thousands of square feet of exhibits.
The expo last three days, and I intend on hitting it each day, just to take in everything. Today I arrived about thirty minutes after the doors opened and it was already jam packed with expo goers. The registration lines were just outrageously long, thanks to the early registration, the closest I ever got to those lines were a picture from the mezzanine level. 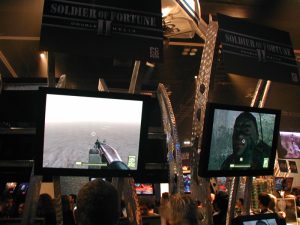 The main hall was buzzing with excitement and anticipation, as I approached the glass doors that held the “Mecca” of the gaming world. Many of the exhibits and attractions seemed to have a ‘2’ attached to them: Unreal Tournament II, Soldier of Fortune 2, Return to Wolfenstein [not a ‘2’ but a sequel] and Aliens vs Predator 2. This also set the stage for what seemed to be many realism shooters debuting this year at E3.

While Counter-Strike was highly successful and still going strong, lesser name developers were showing off their projects which will compete for domination in the realism genre. Some of these titles include Operation Flashpoint and Global Operations being developed by Barking Dog Studios. 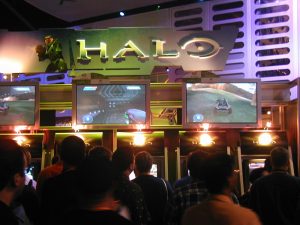 There are still others who will be looking to dominate this genre, one such title is THQ’s Red Faction or Max Payne by GOD Games and there is even a Sierra expansion pack called Half-Life: Blue Shift and the much talked about Halo by Bungie, all look to have some impact on the gaming community. Look for more deatils and more pictures as E3 rolls on over the course of the next few days. E3 is really more than just realism shooters, but since mods like Action Quake 2, Counter-Strike and even Urban Terror to a degree, help usher in this wave of shooters, it pays to check them out. But don’t fret, there will be more goodness to come. 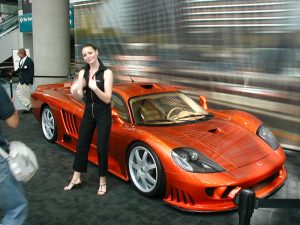 While I spent most of my time checking out each exhibit today and did not pay close attention to detail, you can count on more info and shots from some of the big name games you are all looking forward too. What would E3 be without booth babes? It seems this is not the marketing strategy of 2001, as the number of booth babes was dramatically decreased from last year. Yeah, as if I am keeping count. But rest assured, where there is acrowd, there is a booth babe ready to pose with you or for you. Oh yeah, the line to get your photo taken with them at the Tecmo exhibit was better than 30 minutes. Ah no thanks, booth babes are not that important. Here are some of the other shots I took today, Day #1 of E3: 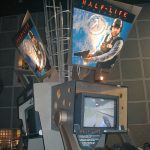 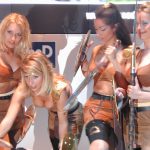 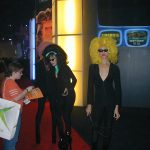 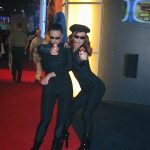 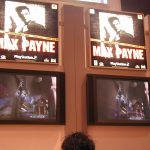 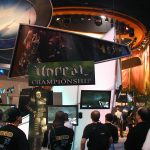 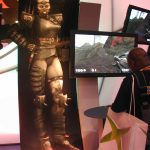 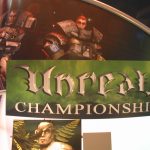 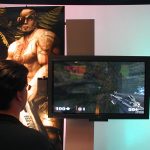 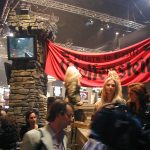 Look for more information as I will spend a few hours at Day #2 of E3.