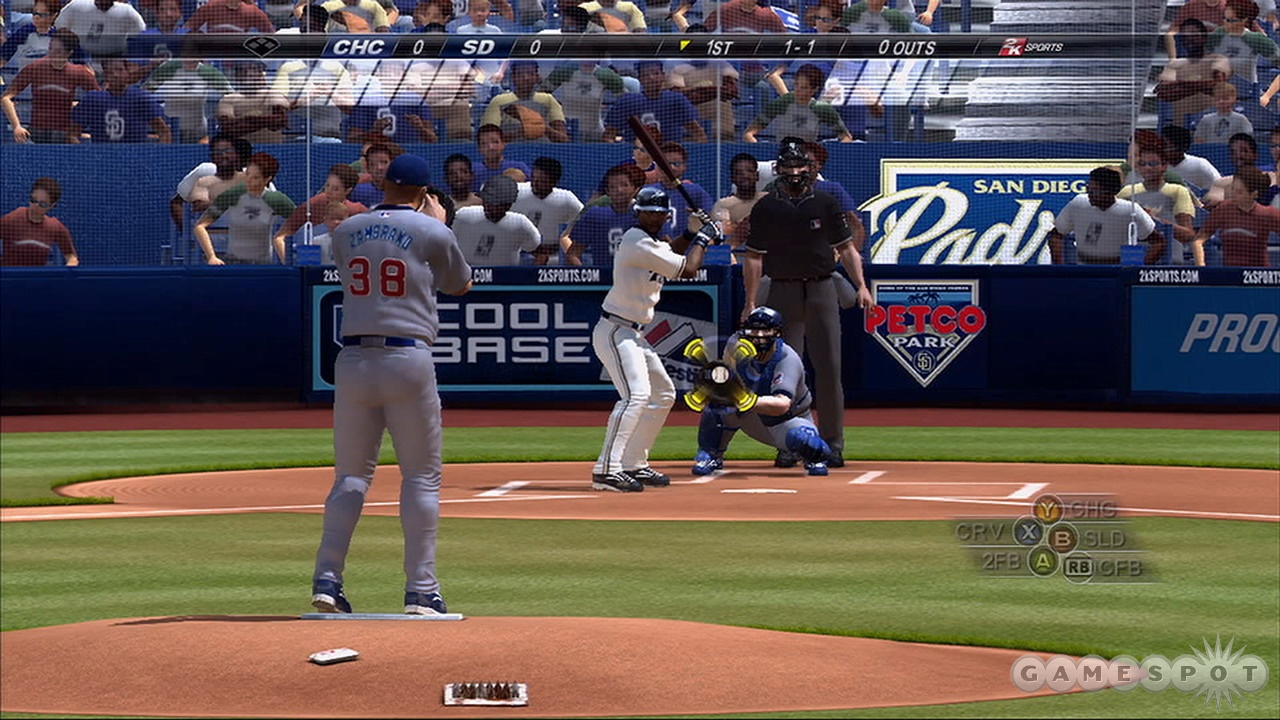 As always let me preface this review by saying I have been very disappointed with many of games I have purchased for the 360. Yet another console that had mega hype surrounding it, but in my opinion did not deliver. Again, that is the way of the PC/console world, it’s about the all mighty dollar, not the end user. I also prefer to play my sports games on a console as opposed to the PC because this is one area in which consoles do excel over PCs. Over the 18 months I have owned the 360 I have continued to bash my head against the wall each time I bought a new game. You think after a few hundred dollars in games I would get a clue or the increasing size of hole in the wall would be a reminder.

I have softened my stance a bit with my attitude (my wife calls is negative) towards the 360 recently with the selection of Kush Sports MLB 2K7. After Madden I was pissed another quality sports game was ruined and was dying to get my hands on a baseball game that could rival MLB ’06 from the Xbox. This game is shaping up to be that sort of sports game.

Now after playing MLB 2K6, I was rather turned off how it was designed. The models were stiff and unrealistic, the game play was horrible and the controls, well not much better. Many of those areas have been addressed in 2K7 to the point I am rather impressed, this game brings the heat!

In order to get me ready for my new franchise and upcoming season, I decided to play a few exhibition games to learn the game and the controls. There was a small learning curve, especially with the pitching and newly implemented ‘swing stick’ control. I had some mixed feelings the first time Petco Park loaded up, the graphics, while a bit cartoonish were beautiful and highly detailed. As the announces went through their pregame match ups, the players took the field and John Miller and Joe Morgan took control. You would think it was a match up you were watching on television.

As the game started I found myself on the mound ready to throw the first pitch. Learning how and where to throw the ball, taking into account the direction of break was a task that caused some pain early on. I got spanked all around the park, even when I tried to “paint the black.” After surviving and struggling to get three outs, I went on offense. As mentioned, the implementation of the swing stick is nothing new, as I have seen it in other games, but it did nothing for me. I tried it, didn’t like it and went back to the “class” controls of having a button control the swing of the bat, while using the left stick to determine the type of swing.

I struggled on offense just as I did on defense, but it was a learning process. After a few games, I became more comfortable and began understanding the physics behind the pitching and while I was not at all patient at the plate I was finding the gaps and knocking balls out of the park. With that, I took control of my franchise and began the season.

what use are graphics when game play suffers? Nothing, but MLB 2K7 scored a home run on both accounts! Each major leaguer I have seen represents their real world counterpart, from their stance to their physical likeness. Some amazing work to recreate most all of the players in the game today, from the wide open stance of Alfonso Soriano to the beer belly on David “Boomer” Wells.

The stadiums are also meticulously recreated. Each stadium is unique in its own respect, as they each have something different to offer the game. From the short porch and “Green Monster” at Fenway to the ivy covered walls of Wrigley.

John Miller and Joe Morgan, the two of the best announcers covering baseball today. Both have an extensive knowledge of the game, work well together and add their insights and comments during the game. Like any game, their comments do become repetitive, but that is only a minor distraction and does not really take away from the game.

The controls are above and probably have a rather simple learning curve, but it does take some time to learn in order to be effective. For example, running the bases is my current downfall. I have yet to steal a base. You can use the new “base burner” feature that allows you to take control of any runner at the base they are on. You can lead off, dive back and steal. While in this mode you can also control the batter, by telling them to bunt or swing away. I do think this is a neat feature, but one I have yet to master. The same goes with running the bases, moving all the runners up one base is simple, but being able to score the man from second, while holding the batter to a single or stretching it for a double takes some work.

The pitching controls require you to understand how a pitch is going to break, even fastballs have a rotation that could potentially take your pitch outside the strike zone. The longer you hold the pitch button, the more severe the break, if you release the button at the right time. Any slip and your ball will miss by however much you were off on the pitch. That could spell home run. Even now that I have learned how to control the pitch, the computer is still knocking my balls around, even great pitches that are just on the plate. Guess I still have some work to do.

As for batting, as I mentioned before the “swing stick” is the newest addition to MLB2K7 and I am not a fan of it at all. It requires you to pull back on the right stick to get into your ready stance and then you let it go or move it forward to swing with power. Personally, the classic controls work much better for me but your results may vary. Batting does seem rather easy, even on the higher levels (MVP). As in the past, I can’t draw a walk to save my life. My patience at the plate is still still horrible, carrying over my days of high school ball. I am swinging at everything, regardless of where the ball is.

The dominate game mode is ‘Season’ or ‘Franchise’, both which allow an entire 162 game schedule, as well as the All-Star Game and playoffs. In Franchise mode, you must watch contracts and business end of the team as well as manage and act as general manager. You do control ticket prices, which will have an affect on your attendance figures. Home run derby is also included, where you can take control of any MLB player (or your own created player) and put them up against 9 others to see who comes out on top.
Like many sports games today there are extensive records kept and you can unlock different achievements and spend your earned credits on additional items in the ‘Skybox.’ You can buy uniforms or special power ups that can be used as well.

Overall, this is a great baseball game, much on the level of MLB ’06, which I still consider a great baseball game for the Xbox. As the season progresses we will see how things play out. Currently, I am on a 7-game loosing streak and my #1 starter is on the DL for 3 months. Ain’t baseball grand? So it’s time to play ball! If you are into baseball, then definitely check out MLB2K7 it’s worth the price tag. Now where is my beer and hot dog?

Not even sure where to begin…I wish this were the official announcement that Urban Terror was being released. LOL, but it’s not. Not yet any way. Urban Radio was canceled for Saturday due to “daddy duties” that would not allow me to juggle a radio show and my son without my wife being home. So instead of providing a half assed show, I decided to hold off complete. Just builds on the anticipation for a release announcement next week.

Believe it or not, I will have a new review for Kush Sports, Major League Baseball 2K7 for the XBox 360 and believe it or not, it will be a positive review. I know those don’t come around this web site very often, but I have been rather impressed with the overall quality of the game play now that I am about 40 games into my season. Still spending some time playing FIFA 2007 as well, just saw they are bringing a UEFA 2006-2007 and Winning Eleven to the 360 as well. Played the demo of WE and thought it was horrid. Jury still out on the UEFA game.

Outside of a few games now and then on the PC, I don’t have time to take a leak! Work has me bogged down, although all three of us, “trainees” passed the 5 hour final exam on Wednesday now have 6 weeks of OJT, applying what we learned. This is actually phase two of the training, which should conclude at the end of April before we move onto the final installment of our training. Been a damn long road already and we are not even learning OUR job yet!