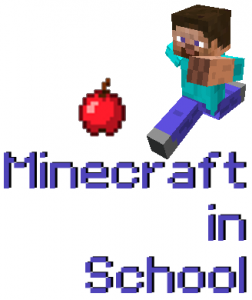 It’s been nearly 5 years since leaving any sort of online gaming community. After 10 years of involvement and development in the Quake III Arena mod, Urban Terror, I had lost the desire to put forth any further effort or deal with frustration that continued to build. It was a refreshing decision, as I look back and wonder where those 10 years of my life went and just how drawn in I was to this community I had helped build.

Now that I have a 7 year old son, he has been introduced to online gaming in a “trial by fire” period playing the XBox 360 game, Call of Duty: Modern Warfare 3. I won’t get into the violence aspect which centers around killing others, especially for kids of his age. I will save that bloviating for another time. When I was his age, we didn’t have online anything, games were played on consoles, like Atari or even the older Sears Pong console.

Regardless of which way you lean when it comes to video games, it can be argued there is an educational value and skills that can be learned and sharpened by playing video games. Take for example the countless hours I spent typing on our old Apple computer, coding games from magazines. I am a self taught typist who can easily out out 60 words a minute! What a great skill to have mastered at a younger age, when typing class was an elective in junior high.

Not sure my son would find the games I played back in the late 1970’s or early 1980’s very exciting but it appears as if things might be coming full circle with the recent interest I have taken in the game Minecraft by Mojang, an indie game developer out of Stockholm, Sweden. Initially released November 2011, I did not play the game until last week when my son and I downloaded the Xbox360 version for $19.99 (1600 points). 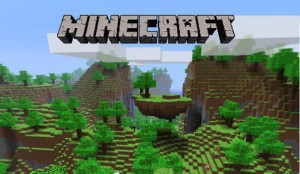 by The Minecraft Teacher, Joel Levin. I have been drawn to this game like very few others in the past. The concept of the game is very simple. “The game involves players creating and destroying various types of blocks in a three-dimensional environment. The player takes on an avatar that can destroy or create blocks, forming fantastic structures, creations, and artwork, on multiplayer servers and singleplayer worlds across multiple game modes.

For me, last Tuesday I spent 7 hours straight playing this damn game with my son. I was not trying to solve puzzles or level up or complete missions. I was mining blocks and exploring caves. My son was build structures, learning how to use the crafting table and helping me as we wasted time on the couch. It’s been many years since a game, especially one like Minecraft has caught my attention and reeled me in.

I have been more interested about how Joel Levin has incorporated Minecraft into a learning environment where students benefit from game based education. In a generic letter for parents he stresses, “through this experience, we’ll be exploring the basics of design, planning, spatial reasoning, teamwork and leadership in a way that will engage higher-order thinking skills, all while playing in an immersive game world.” You can read some real world examples of how Minecraft is used in an educational setting.

While I am not an educator, it would be interesting to see how this program, once implemented would work for kids in his elementary school. Right now in his class the teacher has been introducing the kids to geometry! What better way to show 2D vs 3D than using a computer game where you can build and explore 3D shapes!