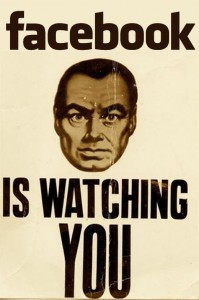 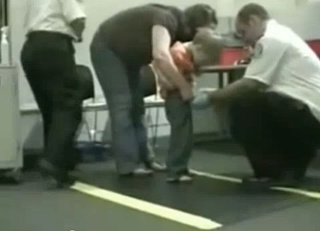 Agree with me or not, but it was only time until a TSA screener got “caught with their pants down” so to speak. Today’s “insecurity” update comes courtesy of Mr. Thomas Gordon Jr. of Philadelphia. After the video of the 6-year old being molested made news, “Big Sis” came to the defense of TSA screeners nationwide saying protocol was followed. Whatever warm feeling you got from her comments just went up in smoke, thanks to Mr. Thomas.

It seems some would call him sick or a freak. Mr. Thomas has a problem. That problem being he likes little kids. Yes, he was caught distributing child pornography, in fact “charges detail 104 illicit photographs allegedly uploaded over four weeks in February“(source) . He was quitebusy that month, guess terrorists were okay moving through Philly in February while Mr. Thomas was getting his rocks off with the …molestation of YOUR kid! Something which Big Sis calls “protocol.”

Using “at least six Facebook accounts and employed multiple names “to upload and store images of sexual exploitation of minor children.” Mr. Thomas even had pictures of him in his TSA uniform! Call him guilty now, we need to waste no further time with this individual.

While he does not have any criminal background, the maximum terms carried with these allegations, “a prison term of 250 years and the top fine is $3.2 million.” Unfortunately, it will be taxpayers who end up footing the bill since Mr. Thomas’s salary was only $37,000 a year. See you behind bars you sick f*ck!

Read an editorial in a recent edition of FATE! magazine regarding social networking. I’ll admit I was not “in” with the whole Facebook revolution that seems to have swept the Internet in the past few years. I was more about maintaining my little piece of the sanity through my web site, something I have done since 1999.

These days it seems everyone is making friends on Facebook, “tweeting” about taking a dump, whatever you are doing “in the heat of the moment” or posting ridiculous videos of themselves on You Tube. It’s usually a nobody wanting to be recognized as a somebody.

I have good friends on Facebook I keep in touch with or have reconnect with. But the fact of being ridiculed based on what you say or post by others is asinine. It has happened twice this week. In two instances I posted something and got quite negative responses from “friends” regarding my comment.

Does this really bother me? Nope, not in the least, but you can’t say much of anything that matters without drawing criticism. Usually I don’t ever bring up politics or religion when on Facebook, regardless of which side you come down on or who you are affiliated with. That really makes no difference to me. Nor do I judge my “friends” based on either of these.

Yet there are some who do want to judge and they go ahead and do so. This makes me rather hesitant at times to post what I really want to say. So when the best thing to say is left unsaid, I end up saying on my web site. That way I don’t offend any “friends” and keep the Ying and Yang in perfect harmony and balance.

Guess I must give Greg in SoCal some props for reintroducing me to Skype this last week. I knew it existed and had used it previous when I hosted my radio show, allowing people to “call in” to the show. It seems this new version is much improved and with the Logitech 9000, it makes for a very solid package.

Greg and I talked Tuesday and Wednesday and I was taken back with the clarity of the picture. Very little delay or lag when talking to him. Of course he had a few issues when he was on his game PC, his image was a bit degraded and there were some latency issues. Nothing that really cased too many issues and most of them cleared up within seconds.

I got my parents in San Diego to install it on the Mac laptop yesterday. Now they are somewhat behind the technology curve. Facebook is a completely new experience for my mom, while dad is pretty much up to terms when it comes to technology. So thankfully they had no problems installing and using the application.

This will now give them the chance to see their grandson more often. That is if I can tear him away from “Mars.” No, not the planet, the video game. You might know it as MarioKart for the Nintendo Wii. That is what is calls Mario. Regardless he likes being in front of the camera and although he wanted to get back to his game, he did say hello and talk to his grandparents.

Now to get my sister connected and using Skype. If you use the application, e-mail me and I’ll look at adding you.

It never seems I have enough time to get everything I need to do accomplished. As I have mentioned many times before when I run of of time it is my site that suffers. I have much content to upload, as well as updates to the site to do, but time is something that is currently precious and I have none to put into it. But with that said I will bring you up to date on the current happenings.

First football…no, not the NFL, but REAL football is back as the Prem and now all the other worldwide leagues have kicked off their seasons. Unfortunately, my boys at AS Roma are now 0-2, the manager resigned and the fans are pissed off at ownership. Hell, almost sounds like an NFL franchise. LOL.

Speaking of NFL, we did hold our 26th TFL draft the last week of August in Vegas, poolside at The Palms. It was another great time with many friends I had not seen to spoke to since the last draft in 2008. Always fun to get together with childhood friends and reminiscence. Unfortunately, we were one owner short, but hopefully we will see him next year. We did add two new owners, so for the first time in the TFL we have 10 owners, which made the draft interesting.

I am slowly mitigating my computers to Ubuntu (currently running Jaunty Jackolope v9.04). I downloaded 9.04 after having issues with my Toshiba laptop loosing my profile and then not being able to find the Ethernet controller. I reinstalled from a retail version of Windows Vista with no luck. Then attempted to reinstall from the DVDs that came with the laptop. Again, no go. So I said fuck it and removed Windows. Buh bye Bill Gates and this horrible operating system.

So far I have been impressed with Ubuntu and recalls my memories of running many of the older Mac OSes I grew up with. So far the laptop is the only system running Linux, but it is just a matter of time before I change my two other computers. The great thing I notice about Ubuntu, it had an entire section for amateur radio that was included!

Speaking of ham radio…the new vertical antenna is now up and completed. Well mostly. I am still working on the ground system to the best of knowledge. I am guessing it is not completely correct, but would be deemed better than nothing. I am still having issues with reception on the SteppIR BigIR. Of course with sunspots being nil it has been difficult to make many contacts on SSB, but have had some luck using CW and a few of the digital modes.

I have an email out to a friend (N6WM) who uses a SteppIR at their club station, in the hopes he can come over and provide some pointers to me. This new station is a bit more than what I originally started with in 2007 with a Icom IC-718 and a Hustler 6-BTV. The current station consists of a Yaesu FT-1000MP, SteppIR BigIR MkIII and an Alpha 76PA. Under the right conditions a very powerful station, but given my limitations in the backyard I don’t have the necessary room to run full length radials.

Finally Facebook…I know I was somewhat against the social networking but just yesterday I was reunited with a long lost aunt, Pam, who oddly enough still lives in the bay area. I recall hearing of her back in the late 80’s or early 90’s. As I understand it, she is my dad’s half-sister as they share the same father. So it was great to hear from her, as I said oddly enough through Facebook.

As for the site, don’t get me started one of these days when I am really bored I will update content on the site. Maybe I need to starting bringing the laptop to work again to get some work done during the week. Anyway, that brings me up to date. More later…