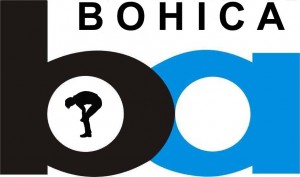 As of last week, I began riding the train to work…again. It was the onset of $3.00/gallon for gas that had me driving 15 miles to North Concord, as opposed to 42 miles to Lake Merritt Station. With this change, I can usually go upwards of a week on a tank of gas, which saves me an extra fill up each week.

I ride the early morning train out of North Concord, where seating is never a problem. Of course heading home from work can sometimes be another story. For example I transferred at 12th Street last week and the 9-car Bay Point train was only five cars. It was standing room only until Pleasant Hill. Again, not a real big deal.

What is a bigger deal that I have tried to ignore recently is the labor negotiations that are currently being conducted. This occurs every four years and I recall the last time there was rumor of BART going on strike, but unlike this time I was a rider. This time I am an employee.

In all honesty I have not really followed negotiations. I am a union member, but our union, AFSCME is small, which means we vote the way of ATU and SEIU. Thankfully, my department does have someone on the negotiating committee and are provided timely information.

I have been reading news stories, thoughts and comments on different web sites regarding the situation. In the end, if a strike does occur, no one wins. Ridership, much like the employees that make up the labor force want to see a contract proposed and agreed upon before having to make that strike vote.

Of course what makes things much more difficult this negotiation is the fact BART is facing a $100 million deficit over the next 4 years. The State of California is broke, unemployment is nearing a record high and the economical health of the country is still suffering from the previous years. Nothing is looking greener on the other side of the fence.

I am not here to say management is wrong on their position or the unions are right. As an employee I do not want to strike. I am very thankful for the chance I had to go through the interview and training process in order to certify and have a great job. Coming from the airline industry, where United was continually operating in the red and pay cuts came every 6 months (totaling nearly 35%) and you were required to do more work and be thankful you were still employed.

I was hopefully those days were behind me and BART would be a breath of fresh air, which it has been. It has exceeded my expectations, up until now. I have a good job that pays well, with excellent benefits and compensation package. Unfortunately, I don’t have much say in what happens in the coming weeks. All I can hope for is management and the unions to agree on a contract that is a win-win situation for company and the ridership.