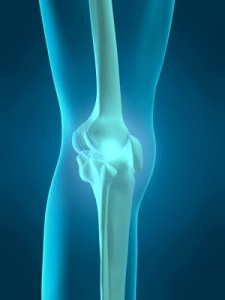 How weird is this? On March 4, 2009 (read the post) I received confirmation I had torn my right ACL playing indoor soccer when I hyper-extended the knee. Now 3 years later to the day, I injured my left knee. Depending on who you ask (me or my wife) you will get a different cause. My wife believes I injured it on Sunday playing outdoor soccer (on another artificial surface). If you ask me, I believe the injury was caused last night while on my hands and knees working on a surround sound system for a friend. I guess the actual cause is irrelevant, but what are the chances of another knee injury exactly 3 years later?

Unlike last time I am not waiting to see if the knee gets better. This time around the pain is more excruciating, but similar in feel and location when it comes to how the torn ACL in the right knee felt. Worst case I torn something, like an MCL or an ACL, while the best case is a sprained knee. Regardless of what the result turns out to be I have played my final soccer game. It’s time to pass on the sport to my son, who at age 6 is ready to play.

I will have to post an update later today when it comes to the result of the appointment with the family nurse practitioner. Chances are slim she will be able to tell me much and probably require and MRI with a referral to the orthopedic surgeon.

After 2 months, the knee is doing…eh…I fear using the term great, but it is doing okay. The flexibility and strength are coming along nice, so says my physical therapist. So good in fact I only see her three more times and I am done with directed PT. It will then be up to me to strength and work the knee back into playing shape.

Unfortunately, after talking to the orthopedic surgeon yesterday, he is referring me to a neurologist to further exam the numbness and tingling issue in my knee and right foot. After some discussion yesterday he requested an x-ray of the lower back to make sure it was not at the heart of the issue and causing the problems. As I reiterated to him, I have no lower back pain and the x-rays confirmed it.

So further discussion and we decided to give EMG (Electromyogram) and Nerve Conduction Studies a chance. EMG measures electrical activity in muscles and nerves, while the never conduction studies measure how well and how fast the nerves can send electrical signals.

He did mention this procedure could come back with results being “normal” and not tell us anything new. Hopefully it reveals something new we did not know from the x-rays or MRI (pre-operation). I don’t even know if another MRI is warranted, as he did not mention it during our appointment. No word on when it occurs, as I am waiting for a call from the neurologist.

It has been 12 days and I am back to work again after taking more time off because of post operation problems with my right knee. Actually, the knee is healing well and physical therapy has been great. The flexibility is almost back to normal, minus some lingering pain that still exists. The strength is slowly coming back with continued exercise, I might actually connect the Wii back up since WiiFit, as I was told by my PT is a great way to strengthen the knee. Hmmm…who would have thunk it?

The problem still resides in my foot, where the tingling persists on a 24/7 basis. The pain is much worse at night when I go to bed, but is with me all day. If I have been on my feet all day or walking, sitting with knee bent (like today at work) I know by the time my punch out time rolls around I am going to be in more pain.

I posted a message on another message board (Teton Gravity) under their “Gimp” section pertaining to my ACL tear and surgery. Someone mentioned to find a homeopathic ointment call Trauma Oil. I have not been able to find it locally, but do see it sold on the Internet. Trauma Oil consists of Calendula flower, Arnica flower and St. John’s Wort in a small 1 oz. bottle. As described, “Indicated in injuries, strains and inflammations of muscles, ligaments, tendons and joints: fractures and dislocations, sprains, bruises, contusions, arthritic joints and rheumatic pains.” Can’t hurt to give it shot since the numbness on the right side of my knee is not going away either.

I have 2-3 months of possible FMLA/Short Term Disability available to use, IF needed. Hopefully I won’t miss any more time at work, but if needed it is there. The chance for a second surgery is still there, but not for at least a month of so. I return to the orthopedic surgeon on May 20th, for a two month follow up. We will see what he says at that time, as it stands now I don’t see any improvement in the sensation.

I wish I could say things were progressing well…in a way they are. The two physical therapists I am working with think we are making good progress as flexibility is improving weekly and we are now turning our attention to strengthening the knee. Unfortunately there are still some issues that are continuing to plague my comfort.

Surgery was on March 17 and it’s been approximately 6 weeks recovering so far. There is still a numbness on the right side of the knee that extends down towards the top portion of the calf. The other more annoying pain is still in my right foot. Daily there is a sharp and constant stabbing pain between the big toe and the adjoining toe. At night, after any period on my feet or sitting with the knee bent (work) the entire foot starts throbbing.

I am a few weeks short of my next doctor’s appointment, at that time I hope he makes a decision or provides a referral to a neurologist. Living daily with this pain is very frustrating and painful. I can deal with the numbness, but the stabbing pain is uncomfortable and in my opinion unnecessary. I don’t think doctor’s ever admit they could have made a mistake, even if I would be “the first in 25 years.” There has to be a first, hopefully it is not me, but I still think this is a unnecessary after effect from the surgery.

So I had my one month check up with the doctor who performed the surgery on my right knee to fix the torn ligaments in the ACL and meniscus. With physical therapy the flexibility is nearly back to normal, still some work to be done on raising my foot (knee bent) to my butt. Strength training will take a bit more time, but every day it is getting better…or so I think (and hope).

The doctor was pleased with the progress report from the physical therapist, in that he told me I did not need to wear the full knee brace any longer. So I worked around the house and yard yesterday without the brace on and overall it felt good. I did figure I would pay for it later that afternoon with the tingling and numbness sensation in my right foot/ankle/knee.

This issue is still the biggest concern of mine right now. It has been since the last time I spoke to the doctor, which was when the stitches were removed around the beginning of April. He was not concerned at that point since there was still some swelling and the numbness is somewhat common around the knee area.

Now more than a month later the tingling and numbness have not improved. In my opinion it has only gotten worse. The therapist was hoping for some improvement during our session, but to date we have not seen any decrease of the symptoms I have.

Yesterday after the doctor and I talked for about 10 minutes regarding the knee, the strengthening and the “do’s and dont’s” of not using the brace. So for now, if I decide not to wear the brace I cannot run or jump up and down, nor can I plant and cut as you do in soccer or football. As for the toes and foot he told me about the medication I could request and what it was used for.

After hearing him out, I actually asked for percocet and was denied. He said the drug Neurontin (gabapentin) “is an anti-epileptic medication…It affects chemicals and nerves in the body that are involved in the cause of seizures and some types of pain….Neurontin is also used to treat nerve pain caused by herpes virus or shingles.”

Unfortunately, I should have looked up the side effects before taking one of these prior to going to bed. “Call your doctor at once if you have any new or worsening symptoms such as: mood or behavior changes, depression, anxiety, or if you feel agitated, hostile, restless, hyperactive (mentally or physically), or have thoughts about suicide or hurting yourself.” Holy shit! And they actually prescribe this?

I have never had a worse night and actually worse start to my day than I did today after taking a 100mg tablet last night. I got no sleep and exhibited every symptom on that list outside of suicide. I don’t think I well be taking these any more and will call the doctor in a short while to figure out what the hell he was trying to do to me.