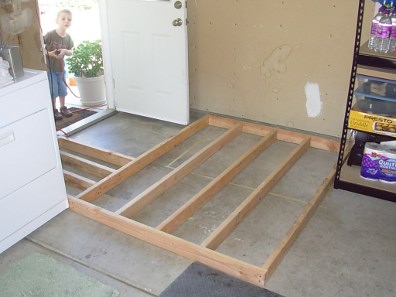 While running conduit should have been included when I was preparing the hole and mast installation, I decided to make this the final step in my process. I was in the process of building a raised floor and moving my shack from an upstairs bedroom to the garage, which would be on the external wall, providing a nice clean installation. 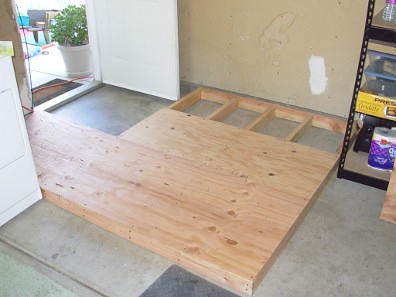 After I had the raised floor completed and the radios moved into the garage, I purchased 1.5″ electrical conduit. In hindsight, I wish I would have gone with 2″ conduit because I no longer have room to add a second run of coax for a second antenna. I also purchased two junction boxes, one for the inside of the garage and one for the outside of the house. This would be used instead of two 45 degree PVC elbows glued together in order to run cable to the shack. 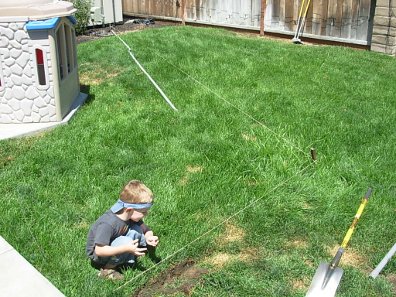 I had a run of approximately 35′ required to get from the wall of the shack to the base of the BigIR. Prior to gluing the conduit I ran 50′ of LMR400 and the control cables that connect the SteppIR Controller to the BigIR. 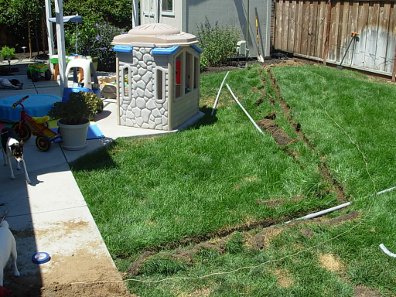 After staking out trench I would need to dig I used a manual edging tool I would step on to cut through the top 6-8″ of grass. I dug a trench about 6″ wide by 10″ deep. The conduit would lie inside this trench. 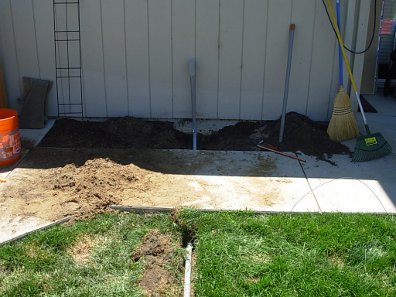 While not difficult, the only tricky part of this trench I had to dig would require me to tunnel under an existing concrete walkway that acted as a connector between two patios. The tunnel would emerge at the base of the garage wall, which fed the cables into the shack. 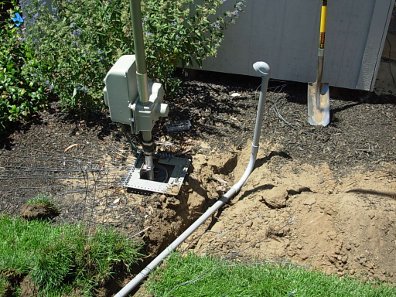 At the base of the BigIR I came out of the ground with a 90 degree piece of conduit. On top of the conduit was a cap that allowed me to punch out two holes, one for the run of LMR400 and the other for the control cables to the SteppIR Controller. 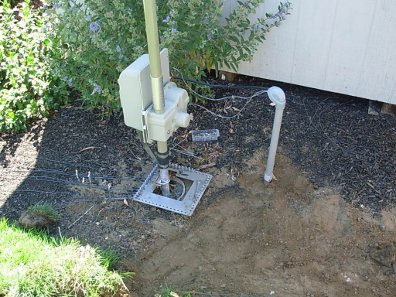 Once the conduit was buried and the grass placed back over the trench, you cannot tell I spent the better part of a day running cables underneath my backyard. The base of the SteppIR had to be rotated 90 degrees in order to get a low point so no moisture would run into the conduit. 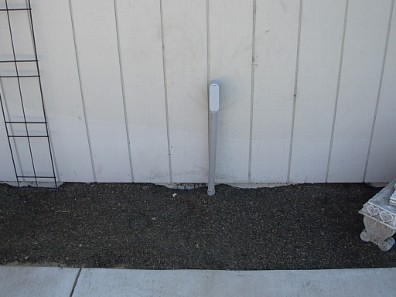 The entry to the wall of the garage was even more nondescript. One junction box on each side of the wall with a short run of conduit between the two allowed me waterproof connection into the shack.