I decided I would use some of the existing hardware and the general location to the mount the SteppIR. I would need to dig out the mast I had driven into the ground and then dig a 12″ wide by 24″ deep hole that would hold the concrete form and hold the BigIR in place. I liked the construction of the DX Engineering Radial Plate, which would be used to connect the current radials. 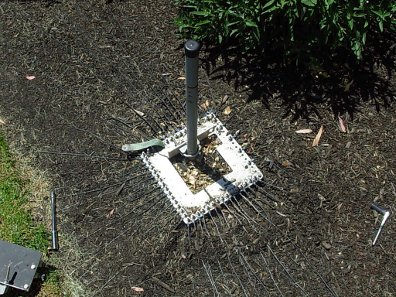 The location of the 6-BTV was next to a 10’x12′ shed I had built, but would allow a run off 22′ to the west for radials and 45′ radials to the east. I limited to only 8′ to the north and could go as long as 22′ to the south, with radials that would sit on top of the concrete patio. The XYL was not at all pleased with that idea.I cleared the immediate area where the SteppIR BigIR would be installed and then began the tedious task of unbolting 58 radials from the radial plate. Before reattaching them I removed all the current ring connectors, clean the wire, crimped new ring connectors and then soldered the connectors. This was something I had wanted to do after I put the 6-BTV in the air some 2 years prior. 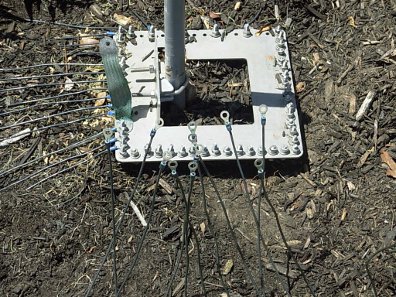 Originally I had driven an 1.25″ O.D. mast purchased at Radio Shack into the ground using a sledgehammer. The first problem was it didn’t go into the ground straight (as seen in the picture), second it was a real bitch to dig up and get out of the ground now that I was planning on setting a new mast in a concrete base. 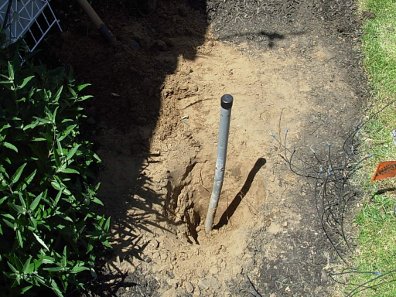 Once the old mast was removed I used a post hole digger to create a 16″ wide by 30″ deep hole. I set the concrete form in the hole and then filled the outside with dirt that was compacted down. Inside the form I added a 6″ gravel base, let is settle and the compacted it down prior to setting the mast in concrete. 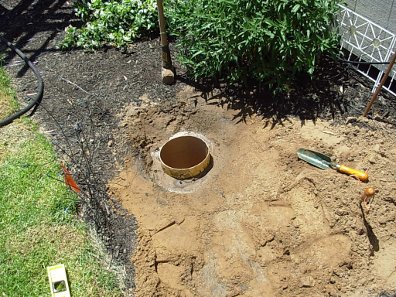 The 24′ mounting post would be set in in concrete with 8″-10″ of the mast above the ground, on which the EHU and vertical components would then slip over. I also had to account for the radial plate, while not engineering for this antenna would still be mounted using U-bolts and saddle clamps just under the EHU. It was a clean and efficient way to run radials in a 360 degree pattern. I might as well take advantage of the radial plate and use it, right? 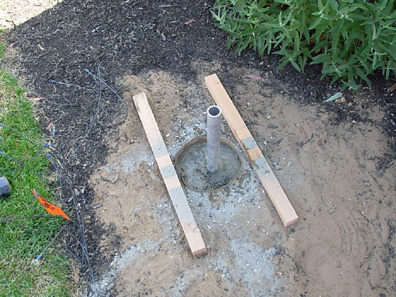 The hardest part of this part of the install was making sure the 23″ mounting pole was plumb. Thankfully my 3 year old son, Zachary brought me a level and tape measure, along with our dog, “Gunner” to assist in getting the mast mounted perfectly. 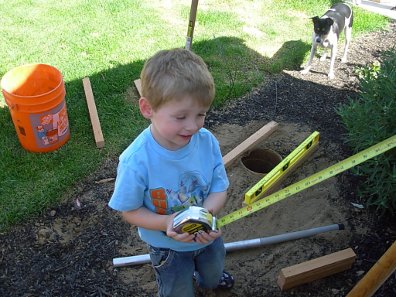 Prior to digging up the backyard to run 50′ of LMR400 and the control cable in conduit to the shack I mounted the radial plate and bolted on the newly soldered radials in anticipation of the BigIR’s first use. 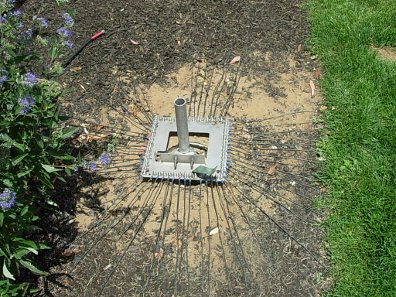 After getting on the air with the SteppIR BigIR I was pleased with it’s performance overall. It took some time to configure the antenna and learn all the functions associated with the controller.