I spent at least 4 weeks reading and rereading the manual on assembling the BigIR. I did purchase the 80M coil, after being told by Chris, N6WM (of K6LRG) he was not too impressed with the performance of the coil. This would allow me better use of 60M and 75/80M, something I really did not have with the 6-BTV. The tiny sliver of band I had on 80M was rather useless.I would have to wait nearly a week to install the antenna because I did not have any time off from work on which to accomplish the task. I suspected it would only take a few hours to put together. I had most of the manual labor out of the way and the mount post had cured in the concrete for nearly a week and was ready to have an antenna raised. 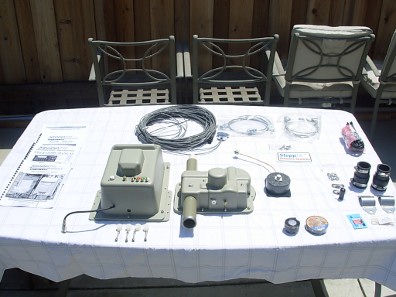 I laid out and organized all the parts on the patio table and on a bright, sunny day began constructing the SteppIR BigIR Mk III. Since the 80M coil and the EHU were self contained units, there was no assembly required with the exception of bolting them together with spacers between them and adding the 1:1 balun (another option I purchased) to the 80M housing. I decided to use Velcro to mounted the balun on the side of the 80M coil. 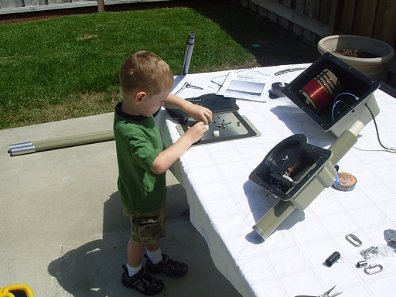 Of course being a ham, I was interested to see the inside of the EHU and the 80M coil, so with the help of my son (again!) we opened up both units to get a better look. I also wanted to inspect the EHU and the open the copper-beryllium tape ran into when fed up the antenna. 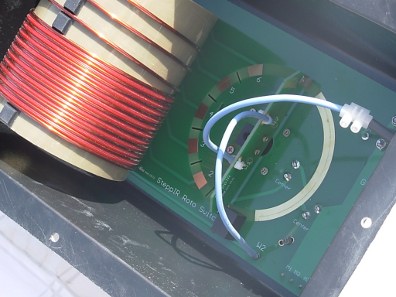 Detailed shot of the 80M coil without the cover. For more detailed information and images of the 80M Coil visit AE1Z and his pictorial installation. 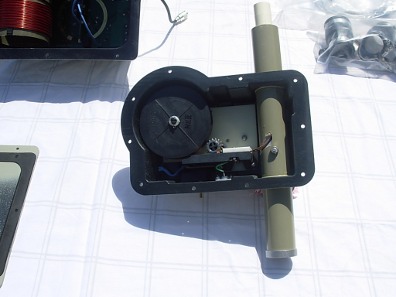 Here is the inner workings of the EHU (Element Housing Unit) with the weatherproof cover removed. 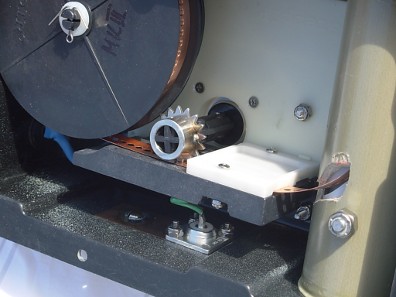 Here is a close up, detailed shot of the copper-beryllium tape and the sprocket that extend and retract the tape depending on band and frequency selected.