It was a weekend I was looking forward to, as it brings a particularly enjoyable contest called the ARRL Sweepstakes. It’s actually the first part of a 2 part contest, this weekend participants use CW (Morse code) to make contacts with as many stations as possible in North America while trying to achieve a “clean sweep.” This year, the Ontario section has been broken into 3 separate sections, so operators must now work 83 ARRL/RAC sections. I have been fortunate to get achieve a clean sweep once in 6 tries (combined between CW and SSB) over the last 3 years.

Unfortunately due to the lack of people at work, no one signed up for my weekend shifts, so I won’t be participating in Sweepstakes for the first time since 2009. I was hoping to work the CW contest (this weekend) more so than the SSB contest starting November 17 since I was able to win my section the last 2 years, running low power (100 watts). While I haven’t done much contesting the past 6 months, I was looking forward to work on a combined total of 1000 QSOs (contacts). The last 2 years I was able to break the 500 contact mark, but was not able to put in enough time to double those numbers.

Chances are I high I will skip out on the SSB portion of this contest and wait in lie for the CQWW DX CW contest that starts on November 24. Its another contest that I enjoy operating in, but haven’t put in much over about 6 hours in this contest the past 3 years. It’s a long contest as well, 48 hours and trying to juggle work and family life when you have a 6 year old can be challenging. Hopefully my work schedule allows me that time to get at least 20-24 hours in. This would allow me to work some DX stations (outside the USA).

The only other contest I might consider this year will be the ARRL 10-Meter contest in December. It’s another one that is enjoy and you don’t have to spend a lot of time in to generate contacts. So not much radio left for me this year but I am disappointed to be missing Sweepstakes this year. 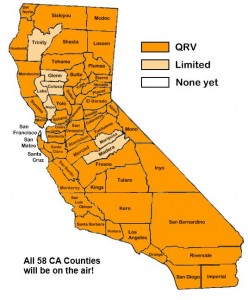 SOAPBOX: This was a last minute decision to participate in the North American QSO Party. It’s contest format that I enjoy though, only 12 hours (single operator works 10 hours), a quick exchange providing name and state and everyone is running 100 watts. While NCCC sponsored a few practice sessions, I skipped those but made sure my antennas and rig were ready for the contest come 18z, Saturday morning.

I took a quick check of my August, 2011 NAQP results and thought about my goal. I was hoping to get 8-10 hours of BIC (butt in chair) and unofficially set my goal at 300 QSOs. That would equate to a 30 rate over the course of 10 hours. that rate would be higher if I was more competent in running a frequency as opposed to staying in search and pounce for nearly the entire contest.

I started on 10M and made 2 quick contacts, but for much of the contest 10M was closed. I would finish the band with 4 QSO. Conversely, with the sun scheduled to set at 0310z, 20M would be open quite a while. As it happened, I did not make to 10 hours, let alone 8 hours, so all my contacts were on 15M and 20M.

I went heavy on 15M to start the first few hours and was rewarded with a 46 and a 49 rate the first two hours. Without looking in past contests, I don’t remember another contest were I had two hours over 45 per hour. What was even more impressive to me, I had 5 of the first 6 hours over 30 per hour. As the afternoon wore on activity on 15M seemed to decline, but 20M picked up.

While conditions weren’t as good on 20M as they were on 15M the bands were crowded, as I exceeded my targets from 2011 from 18z until 01z. 20M ended up being my money band with 153 QSOs and 45 mults. The mult number was no better than 2011, but I could of easily continued to operate and get in a minimum of 8 hours.

I don’t believe I would of had any problems reaching my goal of 300 QSO. I stopped with 268 (2 dupes) and with 4.5 hours to go when I shut the shack down. 20M was still very active, especially the East Coast, but I had yet to move to 40M, which would have provided new mults and at least 30 QSOs. Still I had a great time participating and helping NCCC #4 in the team competition. Thanks to all for the contacts.

A small pat on the back for myself as I achieved another award from a radio contest back in February. During the weekend of February 11-12, the CQ World Wide RTTY WPX took place. This is a 48 hour contest, in which you make contact with as many different operators as possible that have unique prefixes. This was also the first time I decided to work a contest on a single band, I chose 15 meters (21 MHz) for the RTTY contest based on propagation data and recommendations from members in the NCCC.

While my score wasn’t all that impressive and I was a bit discouraged with how my final numbers came out. I was hoping for 300 QSO (contacts) but ended up with only 203. When the log checking was complete after the contest that number had decreased to 197 valid contacts and 157 prefixes for a final score of 59,817 total points. I did provide a complete write up at the conclusion of WPX.

While the award was for most contacts on 15 meters in the 6th district. It’s actually a minor achievement, which I will chalk up to a learning experience. There are some contests that I cannot afford to work the entire time, limiting my operation to a single band decreases the time I need to be in front of the radio. Then again, I don’t enter contests to win, but to improve my operating and have some fun. If I happen to win paperwork, great!