As I eluded to yesterday in Premier League: What next?, it appears FPL is at a crossroad in the season. The budget midfielder is now on the rise, coupled with the fall of the premium wing back, fantasy managers appear to be shifting their players to take advantage. Using a 5-2-3 formation, it could potentially take me 3-4 weeks to right the ship, shuffling players in order to get a viable 4 or 5 man midfield. Sure, it could be resolved with a single swoop taking a big hit, but not sure that is the answer to my conundrum.

After further evaluation, I am considering my first hit of the season to take advantage of a potentially “hot” player. While I tabbed Richarlison as an in form, budget midfielder it would require a -4 point hit, coupled with the transfer out of Ben Davies and Jack Cork to introduced the Brazilian and a £4.5 defender, most likely Shane Duffy. 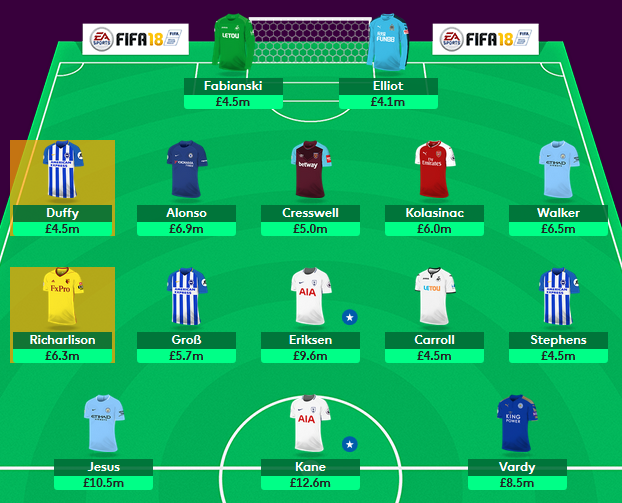 However, could it be more worth my investment to take a -8, introduce Mo Salah at £9.1 for a 3-man midfield, shifting my formation to 5-3-2. It would still require the transfer of Davis, as well as Jamie Vardy to free up the necessary budget to fund the move. In place of Vardy I would go with Mama Biram Diouf and a £4.5 defender. 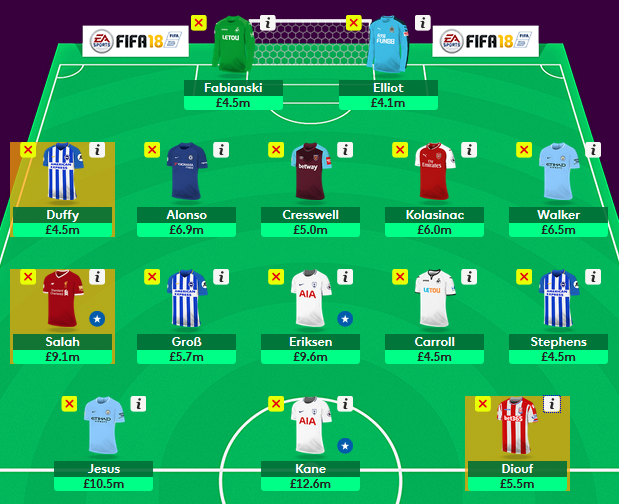 The problem with this move, it would shift my formation to a 5-3-2 and I would not benefit from any points scored by Diouf, which could potentially help offset the -8 point hit to bring in 3 new players. The alternative, start with a 4-3-3, take advantage of the Diouf transfer and sit Duffy or Cresswell, both have good fixtures this week.

Salah would be along term acquisition with great potential, as we have seen early in this EPL season. Diouf would become my “budget” forward with potential, but based on formation wouldn’t be penciled in to my starting XI. Duffy would be a 3-week player, as Brighton’s fixtures get tough starting GW13. This shift in formation would also leave me £0.8 in ITB to be used elsewhere.

The final option of the weekend, sit tight, breath deep and leave my squad alone. Take the chance that Davis starts and Spurs can keep a CS against a struggling Man United. By banking the FT, it would allow me multiple moves ahead of GW11, at which time I would address concerns I have with my starting XI moving forward. 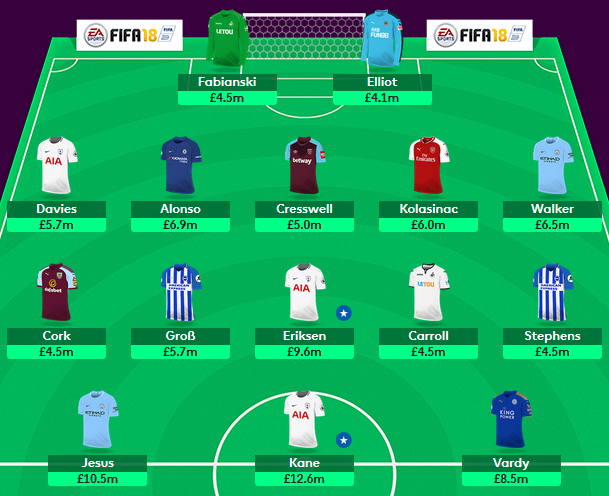 At this point in time, I have more concerns than I do transfers and getting in on hot players may require a small step back, in terms of minus points to gain points in order to start climbing the OR after a subpar performance in GW9, season low 36 points.