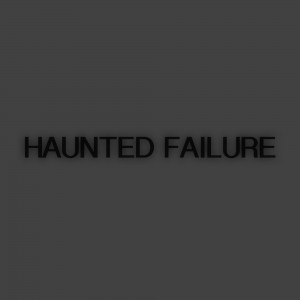 I’ve had a few days to reflect on the 2014 6th Fright this year, which was the centerpiece of the Vintage Parkway Elementary School Harvest Carnival. It took place this past Friday from 6pm to 8pm. Overall, I would say guests through the haunted were pleased with their experience. Me on the other hand walked away a bit discouraged and frustrated with the lack coordination and help, as volunteers were few and far between.

After nearly 3 weeks of our time and effort, Mark and I were excited to put the finishing touches on the haunt and open the doors to make sure everyone could get an opportunity to experience the 6th Fright. I arrived 2.5 hours early in order to set up the queue and ticket table and do some finishing touches inside. Everything was moving forward as planned and Mark arrived a few minutes later and started in on the checklist of things we had to finish.

One by one teachers brought me their permission slips for the kids who signed up to participate in the haunt. Mark had enlisted the help of another dad, Steve, who we used inside the haunt operate one of the drop panels. One by one we had teenage kids roll up saying they were supposed to help.

Thankfully Mark and I completed our listed and checked out the lighting, props and sound. Everything was in order and we were excited and ready to go, so we thought. Leading up to this day we were in need of 6 adults to help the haunt be successful. Mark and I were already going to be inside and two other adults would be required, one to operate the other drop panel and another to be dressed up as an insane clown. The other two adults would take tickets and coordinate the guides with a group every 1 minute, moving them into the haunt.

As the clock ticked closer to 6pm, we still had no adults helpers and my frustration level began to rise. Sometime between last Harvest Carnival and this year something was lost. It was the organization of Susan, a 5th grade teacher last year who coordinated the efforts for the guides and scarers. Now that she is a 4th grade teacher, we missed that coordination piece. That responsibility, unbeknownst to us feel on our shoulders, yet we didn’t think anything off it until it was too late.

As usual with PTA events such as this volunteers are few and far between. It’s sad that parents seem to have no time for their kids or don’t want to volunteer for varies reasons. In fact I heard a complaint from a parent who was upset because their child was there to be a scarer and was not being used. You know what? Maybe if you volunteered we wouldn’t of had this problem. As it was, 6:20pm rolled around and I had still not opened the haunt, Mark and I were not even in our costumes.

Finally we had two teenage girls walk up, the queue was already full and the looks of frustration were on some of the parents faces. I gave the girls a quick run down of what they needed to do, which wasn’t difficult but something was lost in translation. The haunt finally opened about 30 minutes late.

Thankfully Kim, from the office staff came up to the front and I attempted to give her a run down on what we needed. So now our teenage girls (both of them) were taking tickets and counting people, Kim did her best to manage a growing group of 5th graders, some I am sure who never got to scare or guide because of the lack of organization and confusion at 6pm.  Mark and I were very thankfully Kim came up and did her best to manage the situation, which by this time was not going according to plan.

Inside the haunt, I only used two 5th graders as opposed to the five I had planned. One of the teenage females, who was dressed in costume took control of the other drop window, which didn’t please me but we needed a body. Her lack of enthusiasm and failure to follow directions didn’t help the situation. In fact she cut out before the haunt was over when her drop panel broke. Again, more frustration on the night.

All was not lost, the haunt seemed to be very well received by everyone who went through it. We had some very positive comments, as well as a lots of screaming from kids through out the twisting, turning corridors. The best comments of the night came after the haunt was over and two moms said they had never seen so many kids come out of the exit crying. That alone made Mark and I feel we put together a successful haunt for the Harvest Carnival.

I only had to escort one group of 3 girls (5th graders) out of the haunt as they came running around the corner and nearly took out two walls to the dot room, while rolling into the sheet. It was unnecessary and walked them to the emergency exit and told them not to return. Aside from that incident no other kids were tossed out, but I can confirm the crying. Lots of kids inside were scared, which is great because that was part of the goal of a haunted house, to scare you.

We had one equipment failure, as I eluded to earlier with the drop panel. We had built the window using two and three inch screws. The gate latch, which was screwed to the actually panel that dropped to the ground sheared off, requiring he actor to hold the panel up in place before dropping it. Unfortunately the actor running that window cut out without my knowledge leaving the window open for probably the last 30 minutes of the haunt. Very discouraging to see when I would walk through the haunt, back to the entrance to escort new scarers into position.

I had planned for a better turn over of guests through the haunt. Maybe I set my expectations too high, based on the success we had last year. I was hoping for about 800 people to go through in 2 hours. As it turned out, the counter at the entrance showed 364 as the final tally. Nowhere near the foot traffic I had hoped for, which seemed to cap off the night for me.

Nearly 3 weeks of work, time and effort going into this haunt for what equated to about 90 minutes of being open. We might reevaluate the level of effort we put in next year, especially if we continue to get no volunteers. I don’t fault anyone on the PTA board, as they all other duties to attend to during the evening. The teacher have other duties as well during the night. Not sure there is even blame to place, even through we may think there is.

Unlike last year I had to draw up a letter to the 5th grade teachers, talk to each class about what the positions and responsibilities would be this year in the haunt and finally make up a matrix, based on 20 minute increments of time for kids to sign up for to act as a guide or scarer. This was work I didn’t get involved in last year. That was followed by a teacher asking me if I had the permission slips? I knew nothing about them.

So maybe we live and learn each year. But the experience this year was disappointing and will reconsider what next year brings, especially if we don’t see volunteers come forward and help. Between Mark and I, there are 3 years left before our kids are out of Vintage Parkway and I can’t think of a Harvest Carnival without a haunted house, but that might become reality if other parents don’t make time to get involved and help out.