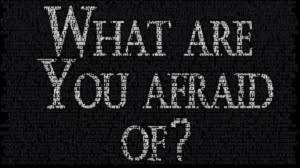 Haunted house update, as it’s just under a week until the doors open for the 6th Floor Haunt at Vintage Parkway Elementary School. This is the second year Mark Greer and I have been in charge and have update last year’s layout to hopefully bring forth another successful haunted house, as the centerpiece for the school’s Harvest Carnival. Back in July I thought I was well ahead of the game, I had the layout nearly complete, we had many props already to go and should have been able to come in what I spent last year (just over $1000, which was reimbursed by the school PTA. Thanks a lot!) Unfortunately, as life goes you get busy and work for a project in October gets pushed to the back burner until you MUST get going in order to complete the project.

I hit that point last week, as I probably overdid it when it comes to what I spent in order to get the haunt done. But it’s materials and props that are needed if the school wants to continue making money (for the teachers accounts) during this carnival. Thankfully there are so many other attractions going on during these event, but the draw is the haunted house. Take nothing away from the ladies who have spent countless hours prepping, making signs, coming up with games for the kids to play and deciding on what food and drink will be served. It all takes time and volunteers in order to be successful.

As for the haunt, we were about 9 days later getting started. School let out on the last Friday of August for 2 weeks, which allowed us (last year) to get started building the haunt on the school stage. This year, we were delayed because the janitor had to wax the floors in the auditorium, which put on hold. We got access to the stage Wednesday of last week and started erecting PVC pipe and 16 feet of walls we were going to use. Actually, as Mark and I talked about, it might have been a blessing in disguise, as it gave us time to hang out and build the 16 feet of walls we were going to use. We made use of this time and didn’t sit back doing nothing.

Even with long hours and constant work, we are still behind. Maybe that is common or maybe it just appears that way. The entire layout took parts of 2 days to get build. The layout did go up much faster this year, thanks in part to the advanced planning and the fact most all of the PVC pipe was cut and I had laid it out in July and bundled it together by sections. Much like last year, we ran out of room as we approached the last section of the haunt. As the saying goes, measure twice, cut once. I know I measured and remeasured, yet we still had to make some changes on the fly. Thankfully I had accounted for potential changes to the layout and we were able to fit the entire layout in, almost as it was drawn up.

One thing we failed to decide upon early was a theme for our haunt, which is key to anyone wanting to tackle this challenge. Last year, being my first year it was a matter of just filling each room and making it fun for everyone. This year, the theme came to me too late and I was not able to order enough props and have another project half completed, as I await the resources to finish it. Next year (and we still haven’t had the harvest carnival this year) we will be moving to a fun house/carnival theme centered around evil clowns.

It’s amazing to hear and see the reactions of people when the word, “clowns” are mentioned. Something seems to strike a chord with individuals that evil clowns are not something they want to be associated with. Mark and I on the other hand saw this video:

…and we knew we had a theme we could bring to our haunt. While it’s only the first year with clowns, we know this will be a continuing theme for the next 2 years until my son is done with elementary school. We have also added a new scare to the haunt, but I won’t go into until after the haunt, as it’s the centerpiece of our haunt this year. With any luck I will have some video to upload after the haunt to show the reactions we got.

We are bringing back the dot room, which was very successful last year. I know many kids will expect this and know there will be someone in this room, hopefully with an upgrade in the black spandex costume (that’s me) with the dots painted on it will improve how I blend in to the walls. 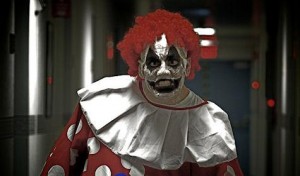 Mark will be our king clown this year, I had intended to give him a nice large area to run around in scaring kids. With the changes to the layout his realm is not as large as I would have liked, but should still prove to be a good scare. We are also bringing back the hall of faces, which didn’t work well last year because I waited too long to buy white faced masks and paint them fluorescent colors to be lit up under a black light.

While there is still confuse and questions to be answered about the haunt, things are coming together. My hope is we won’t be running around on Friday, hours before the haunt putting finishing touches on decoration. Hopefully we can have all of that done by Thursday and relax a bit before the lights go off and the frights begin.