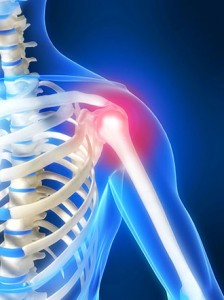 Surgery success! It was still dark on Monday when I left for my surgical appointment to decompress and debride my left shoulder. It was nearly a year ago I had to have my left bicep tendon reattached, as it was torn and shredded due to repetitive movement, yet the origin of the injury is still unknown. I was the first patient to arrive at the surgical pavilion, as instructed by the surgery scheduler and the first to be operated on.

After the initial paperwork was filled out, it was a short wait before I was being prepped for surgery. Yet I don’t remember a damn thing after the anesthesiologist hooked me up with his “cocktail” fed through my I.V. The next thing I know I am waking up in the recovery room. As expected I was a bit groggy to come around, but was given some juice and crackers as I came around. Bandages covered my left shoulder and I couldn’t feel anything because of the nerve block that was in place. I did however feel my pinky and ring finger, as well as the outside of my forearm. It would about 20 hours before feeling had returned to my arm;.

Talking to the nurses and the surgeon, the procedure when as expected, cleaning up the shoulder joint, which was limited due to inflammation. Much like the original injury, I am not quite sure what caused this relapse, especially after making great progress the few 2 months after the bicep tendon repair last October. This time around, there was no actual repair in the shoulder, only cleaning and recovery was expected to be quick. I could point to the fact I might have done too much too soon, as I was working on the haunted house just days after my surgery. Still I don’t think that accounts for the good progress I made early on.

This time around, I laid around the remainder of Monday but got up early on Tuesday and ready to go. I had to leave the bandages on for 2 days and was told not to shower for 7 days. Really? 7 days, I would smell terrible, so my wife helped me cover the shoulder in plastic and I showered. Very little pain even after the nerve block wore off and I was busy working around the house. However I did use the sling much of Tuesday, but shed it on Wednesday, as the only pain I experienced was the actual incision points (3) in my shoulder.

Once the bandages were removed I appeared to have full motion in my shoulder, there was no more pain when I brought my shoulders together. I could get my left hand/arm behind my back and there was no pain when I lifted items with my left hand. It feels great to be on the road to recovery. Thankfully this recovery won’t hamper my running. Physical therapy begins on Monday with the therapist I was working with previously who already knows the state of my shoulder. I suspect it will be 2-4 weeks and I will be able to start lifting weights again.