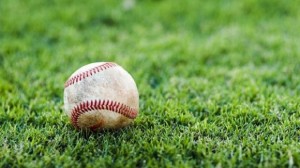 It took nearly 4 months and 18 games, but my AA Braves of the ECLL celebrated their first victory on Saturday. While I won’t say our team is “peaking” it was a great feeling of accomplishment for the boys. the coaches were thrilled that the hard work and effort they have given us over the course of the season finally paid off. Even with a 2-16 record (1 win by forfeit) we still make the playoffs as the #1 season, which was decided upon prior to the start of the season by pulling numbers (seedings) out of a hat. Just so happened I pulled the #1 seed, thus we will play one of the top 2 teams in the league (based on win/lose record).

The victory for me was somewhat bittersweet, as I was left to act as scorekeeper yesterday during the game. While I remained positive after the game, we didn’t play off that well. It was more that the other team hurt their chances to win by the number of walks they allowed in 5 innings, which hit double digit. This has been our problem all season long because a walk can turn into a triple in just 2 pitches, as no catcher in AA can make that throw to second base. That fourth pitch, a ball that goes past the catcher ends up scoring the runner from third base.

While I managed the substituting of players, I was not my normal, vocal self with shouts of positive reinforcement and encouragement. I left the coaches to my coaches. As the game progressed, I was more frustrated with our lack of hitting, again. It’s amazing to watch these boys hit during practice, all of them swing a very aggressive bat and have done so since we started practicing back in February. Come game time, the bats go quiet. Good, aggressive swing go to hesitation and many bats being left on the shoulder resulting in a backwards ‘K’ in the score book.

Yesterday we had just 3 hits in route to our 16-6 victory over the struggling Red Sox. No team should be winning with just 3 hits, in fact both teams committed more errors than hits. Part of the reason is their age (7, 8 and 9 year olds), still learning the game and not really quick enough or strong enough to make a stop and long throw from shortstop of third base, for example. Our coaches were very aggressive on the base paths, taking base after base, an act I have not been too supportive of all season since I believe “stealing” (if you can call it that) doesn’t teach the player anything because catchers can’t make the throw to second base. Yet, nearly every team takes advantage of this in AA, resulting in high scoring games.

This concludes my first year managing competitive little league in the ECLL. Plans are to manage next season with two of my coaches who joined me this season. This time around we will be involved in the entire process, from tryouts to the draft, unlike this season.

While I am not conceding the loss in two week, the boys have their work cut out for them this week in practice. They will need to work just a bit harder and be that much sharper in order to be prepared for whichever team we face. Both teams scored 20+ runs on us the last time we played, but the positive side is we were in both games through about 4 innings. After 4 innings we struggle with consistent pitching.

Win or lose, I am very proud of all the boys I have managed this season. They have learned the fundamentals of the game of baseball and hopefully have become people based on how we have taught them this season. At the start of the season my philosophy was to develop the player and the person, hopefully I have lived up to what Big Al taught me in his coaching clinics.