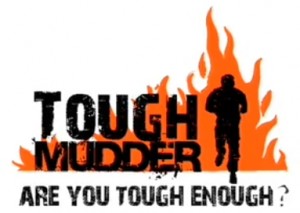 It’s T-Minus 2 days before the Tough Mudder event at Northstar in Lake Tahoe with co-workers from BART. I was not able to convince my wife to participate last year because I had surgery early in the year to repair a torn meniscus in my left knee. Now about a year later I am fast and stronger and feeling great! Sure at 43 years old, I am no longer a young man but changes in my lifestyle have resulted in a big improvement in my health. Tough Mudder is just another milepost along this road I have chosen to take.

I have spent considerable time looking at reviews of past events, read words from other Tough Mudders, watched videos of the obstacles and have made decisions on what and what not to wear. Thankfully I received some first hand information from my sister who participated in Tough Mudder back in April in West Virginia.

Unfortunately I received some bad news yesterday of the possibility of a separated left shoulder. It hasn’t been confirmed (yet) and will require and MRI, but I continue to experience pain in the acromioclavicular (AC) joint. The steroid injection didn’t help, 6 weeks of physical therapy also failed to help, so the PT decided to make note of that in my records and recommend an MRI to my family doctor and orthopedic. At this point, there is no way in hell I am backing out of Tough Mudder, but if the MRI reveals more damage, it’s quite possible I could miss some of the running events I have planned the rest of the year.

For my first Tough Mudder the only item that I really invested in was a pair of Salomon Speedcross 3 from Roadrunner Sports. These shoes received some high marks when running in the conditions we will be running in on Saturday. I have debated gloves or no gloves for a few months and have decided I will wear a pair. I decided upon a pair of MADGRIP Pro Palm Knuckler Performance Work Glove with Grip Injection Technology from Home Depot. Such a deal at $10 bucks! As for clothing I was looking into a pair mountain bike pants that fell just around the knees, but have decided to wear my running shorts. While I will probably start with a cotton shirt, I don’t expect to keep it on and will probably discard it early on. So it’s pretty bare bones when it comes to clothing. Not worried about temperatures as it will be close to 70 degrees when we go off at 8:20am.

I will be leaving for Tahoe after I get off work on Friday afternoon. I am planning nearly 4 hours to get to the hotel in South Lake Tahoe, a block away from the Nevada state line. With traffic through Sacramento I plan on heading eat on Highway 12, north on I-88 to I-49, which will bring me out just south of Placerville before heading up the mountains. I have a hotel room for 2 nights, but am going to see how I feel after the event on Saturday and I might get out of town a day early.

Hopefully I will have a full write up and images to accompany the story when I return. Looking forward to the event and the team we have entered.