DIRECTIONS:
In a food processor add all the ingredients and blend until smooth. Pour into container, chill and serve.

NOTES: This is a basic hummus recipe, please feel free to experiment adding different combinations of ingredients to create different flavors of hummus. I currently have a cilantro hummus and a tomato basil hummus I make on a regular basis.

DIRECTIONS:
In a food processor add all the ingredients and blend until smooth. Pour into container, chill and serve.

NOTES: You could use this tomato basil hummus recipe as a basic hummus recipe and substitute out the tomatoes and basil for other combinations of ingredients to suite your taste, for example roasted red pepper. This can be used as a dip with pita chips and vegetables or served in pita bread with falafel. 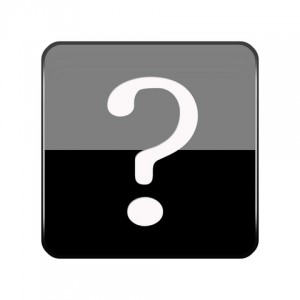 In the 29 years I have been participating and managing a league in fantasy football, I still haven’t seen everything. Sure I saw an owner (me) draft a kicker in round 1, even saw another owner draft a player because he liked his name (Louie Lipps). This year will bring another season of unknowns that fantasy owners must sort though and make decisions on. A common question I hear, “Who do I draft in round 1?” Not sure why there happens to be so much debate and question when it comes to the first pick or the first round in the fantasy football draft. What you should be more focused on are the players in the middle to late rounds.

Take a look at the fantasy football resources you use. Chances are pretty good the top 3-5 picks look exactly the same. We could probably diagram round 1 out with accurate results. Depending on your league setup, rules and starter requirements there could be some discrepancy. Take example the league I manage, we can start 2 QBs, so the last few years we have see 8-9 QBs drafted by the end of round 2. This goes against what many ADP charts have plotted. Right now we see 3 “elite” RBs going in the top 3, Arian Foster, Ray Rice and LeSean McCoy. We also know there are 3 “elite” QBs, Aaron Rodgers, Drew Brees and Tom Brady.

When you start your draft preparation, more time should be invested into players you draft later. Much of rounds 1 though 3 can be scripted but what’s your strategy when you get to round 10? What questions do you ask when you are looking for a bench player who might only get a few starters this season? There is a good chance your season won’t be lost on your draft #1 (unless you make my mistake and draft a kicker), but poor late round selections could hurt your chances at finishing in the money.

When I started preparing for my draft I read what information is available on the Internet about each team and their offensive players. Rarely do I watch much pre season football as it really only clouds my judgment on players I might be targeting. I do take some items into consideration, such as the NFL schedule for weeks 14 through 16. These usually correlate with fantasy football playoffs. You might also add the NFL strength of schedule ranking, but these numbers are a bit ambiguous as the season gets rolling, which is why I like Russ Bliss’s fantasy points per game of FP/PG. Unfortunately this method cannot be applied at the start of the season, but you can refer back to last season, but take it with a grain of salt for the upcoming season.

I don’t believe I am a majority voice when it comes to backing up all my players. This comes from the many years we played without having access to a waiver wire, but using supplemental draft picks every 4th week of the NFL season. You had to draft 18 players and run with them all year. Injuries? Hopefully you backed up your starting QB or TE because you didn’t have a chance to add one during the season. These days many people vigorously work the waiver wire to build their team AFTER the draft. I don’t subscribe to this method of team building. I believe you build a successful team in the draft and use the wire as necessary, when necessary to supplement your team. After all if you build a strong, competitive team you shouldn’t have to chase the hottest players of the week. Right?

One of the more common strategies when drafting is the handcuff. If you draft Arian Foster, then you should make plans for adding Ben Tate to your team. You might even need to jump on him earlier than anticipated, as another owner could take advantage and draft Tate before you. The handcuff usually applies to the running back position. More recently I have seen owners reject the idea of drafting a back up QB, opting for adding depth at RB or WR. For the bye week, they may drop a lesser used player and pick up a QB to cover a BYE week. I subscribe to drafting a back up QB. Chances are if you lose your #1 QB your season will be hosed anyway, especially if your QB was Rodgers, Brees or Brady. It’s very difficult to recover from losing a player of this caliber at ANY position. Make the sacrifice and plan to draft a back up. You might refer back to weeks 14-16 of the NFL and see if there are any QBs who have soft match ups.

Many players in the later rounds could fall under the label of “sleeper,” which is used quite often in fantasy football. These days with so much information available on TV, radio and the Internet, the true sleeper has gone to bed. Many will still put together a list of sleepers, but the names on that list might be well known come draft day. For example a WR like Michael Crabtree, while known could make a sleeper list. Based on the last few years he hasn’t put together great stats and has been injured. This year with the addition of Mario Manningham and Randy Moss, Crabtree might develop into a solid #2 WR.

Bottom line, don’t get caught up in the hype at the top of the draft board. While the first few rounds are usually scripted, surprises can and will happen. Remember to be flexible when it comes to draft. Don’t get caught not knowing who was just drafted. Being prepared is a key to be successful in your draft. While there are other aspects that are out of your control, do what you can to learn the players and know how to implement your strategy when it comes to your draft picks. A bit of extra time now preparing will save you a draft day headache and answer the question of “Who do I draft?”