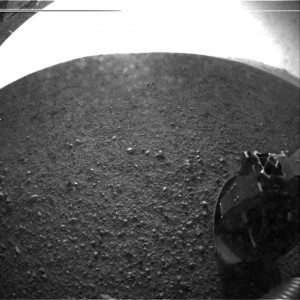 It was with great interest I stayed awake to watch the action from JPL as the Mars Science Laboratory successfully delivered Curiosity to the surface of Mars late last night. It was quite intense and exciting as the craft started to enter the thin atmosphere of the red planet. What was even more amazing was the fact the orbiting satellite Mars Odyssey was in position to relay back near real-time information in the final stages of the descent. Once on the surface it was just minutes later we received visual confirmation Curiosity was safely on the surface in Gale Crater. I look forward to the coming exploration and images that will be sent back from this rover.