The truth is that, to break free of the insidious hold that unhealthful foods have on us, we need to make revolutionary changes if we want revolutionary results.

Just over 9 months ago I made a decision that would change my life. After viewing the documentary, Forks Over Knives I resolved to change how I viewed and ate food. No longer did I eat to live, but live to eat. “Drastic” and “extreme” are just a few words that people use to describe changes by removing dairy, meat and oil from my diet. Yesterday I received my results from my most current blood test and the results were nothing less than amazing! 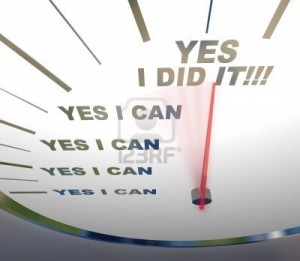 While many people have criticized MY decision for changing MY diet (including my doctor), it’s hard not to see the the difference the past 9 months have made. It’s really just more of the same from people saying, “I can’t…” or “I won’t…” when it comes to trying to live healthy or make minor changes in their diet. While it took 41 years to make these changes, it has been an extraordinary 9 months of eating and exercise to get me to this point.

As I waited in anticipation for my blood results, I was hoping to see another drop in my total cholesterol (TC), from 175 mg/dL to 150 or 149 mg/dL. It was with amazement when I scanned the report to see my TC at 130 mg/dL! A drop of 45 points from March, 2012. This was made possible by eating a plant based, whole food diet while avoid foods (Western diet) that were making me unhealthy.

No longer is my focus on what I can’t or won’t eat, but what is available to me to eat, usually in abundance. Along with meat, dairy and oil, I am making a conscience effort not to cook with add sugar and salt as well. I can already hear people commenting saying my diet is going to be bland and boring, but that is not the case. Many Americans have lost the taste for food, as we are comfortable with tastes of processed foods or fast foods that are loaded with refined carbohydrates, salt and sugar.

Another number that stood out in the report was the 46 point drop in my Triglycerides (Trigs). Triglycerides “are fat in the blood and are used to provide energy to the body. If one has extra triglycerides, they are stored in different places in case they are needed later. A high triglycerides level can increase the risk of heart disease…Alcohol consumption has strong effects on triglyceride levels. Drinking more than one drink a day for women or two for men can raise triglyceride levels considerably” (WebMD).”

On July 6 I set a goal to drink no alcohol leading up to my August 7 physical and the blood test I had on July 31. While I had one 16 ounce beer, I attribute the drop in Trigs to the fact I stopped drinking beer weekly, which resulted in the decrease. Moderation is not a word Americans love to throw around when it comes to foods like olive oil, meat,cheese and even alcohol. Now that I have seen and experienced the difference opting for LaCroix Sparkling Water over a Corona, it was the beer that has been holding my triglycerides prison. Drinking will now be done in moderation. No longer will it be 6 or more beers during my days off, but I don’t plan on giving up beer or Scotch. I can live a heart healthy life with alcohol on occasion.

Here are some blood test snapshots since July, 2011 of how my health has improved by changing my diet. Until January, the weight loss was strictly diet based, with no exercise included.

When I started in October I was on 5 medications with ongoing migraine headaches, a stabbing pain in my right side, foot problems, knee problems and high cholesterol.

In just 2 months, I stopped taking my cholesterol medication, the migraines subsided, the pains in my side were decreasing and my cholesterol was down 64 points. With the weight loss, some of the pain in the foot went away.

By March I was fully committed to this way of eating as a lifestyle. I had made the necessary changes to my diet with the exception of cutting down beer, even though I had resolved to. All numbers continued to show improvement.

Now, just days ago I confirmed the presence of alcohol was the last fact that was keeping my triglycerides elevated. All numbers indicate I am healthy, now at my goal weight (actually below by 3 pounds), I have achieved a TC of lower than 150 (another goal) and my triglycerides are trending down.

Even with all the negative comments and banter about MY decision when I started this journey I have made great progress over 9 months. I cannot remember a time I have ever been healthier in my life. Even when I was playing collegiate sports I wasn’t eating and exercising like I am now at 42. It has taken time and from reading other comments I know there are others who were sicker than I, on more medication and heavier than when I started. I am here to say YOU CAN DO IT!