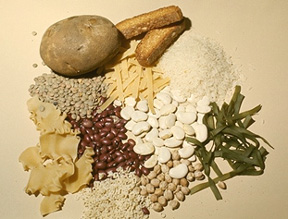 The more I read Dr. John McDougall’s The Starch Solution, the stronger my conviction is knowing I made the best decision for my healthy last October when I changed my diet. Some of the information and numbers contained within the book are staggering at times. Unfortunately, many people won’t consider this way of eating, opting to keep their Standard American Diet. It’s amazing to read the Star McDougaller stories through out the book, as many are rather inspiring. Then again anyone who changes their way of eating in the name of health is a star in my opinion.

Yet many people just see what they cannot eat, rather than what they can eat. It’s not an easy transition for most, to give up meat, dairy and oil in your diet. For me it took 3 months to make that transition, but I was successful. Not only did I look at food differently, but every day seemed to get easier. I still had some vices during that period, but numerous lipid panels and the weight loss doesn’t lie.

Some of the information contained in the book is downright scary. It’s unfortunate that big business (dairy and meat industry) continually drive policy that is made by the USDA. “The American cow-based dairy industries…together make up $100 billion-a-year” of which “approximately $202 million they have to spend on their own scientific research and other propaganda” (source). Because of this negligence from these industries and the government, “Millions of Americans are suffering from diet-related illnesses, including 18 million people with coronary heart disease, 25.8 million with type 2 diabetes, 400,000 with multiple sclerosis and millions with inflammatory arthritis” (source). The numbers are staggering!

While my decision to change this way of eating for purely for health benefits, it’s surprising to read about the environmental issues that surround this lifestyle. I am not trying to make a statement about livestock production effects the environment; land, water and species but at this rate world population won’t be able to survive on planet Earth at the rate we are destroying our ecosystem.