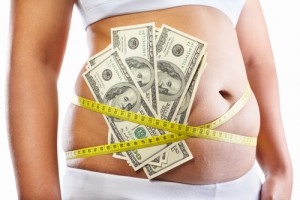 Debate has sparked again in the media for the creation of a ‘Fat Tax‘. Last week I wrote a piece discussing why many people can’t accept the changes I have made in my diet and implement them in their lives. In that article I cited a stat from a “a study funded by the CDC and released on Monday projected that by 2030, 42 percent of American adults will be obese, compared to 34 percent today and 11 percent will be severely obese, compared to 6 percent today” (source).

Basically the fat tax “is a tax or surcharge that is placed upon fattening foods, beverages or individuals” (source). The rational is adding a surcharge to fattening foods, such as soft drinks and other foods that lead to obesity will reduce the consumption by 25% (source). I believe the powers that be will look to exploit the increasing obesity problem in America, citing the need for this fat tax, when they know people will continue to pay for fattening foods.

Unfortunately the problem isn’t the food, the problem is how nutrition is presented to Americans. No longer can we trust the information that comes from the USDA or FDA. “Americans spend $40 billion a year on weight-loss programs and products” cites a 2008 report (source).

“Instead of representing the common interest, the agency [USDA] has been corrupted by its sanctioned allegiance to argibusiness into ignoring scientific evidence that goes against industry interests. The USDA’s conflicting allegiances and responsibilities are at the core of our inability to address the costly epidemics of obesity and other diet related illnesses. No matter how easy and obvious the solution may be, we will never get to it so long as big argiculture and public health are represented by the same federal agency” (source).

Recently the HBO series, Weight of the Nation has spotlighted child obesity cites, “one out of five children drink three or more sugar-sweetened beverages per day, accounting for an extra meal” (source). Yet this story reports a “tax of at least 20 percent placed on sugar-sweetened drinks could drop obesity rates by 3.5 percent and prevent 2,700 heart-related deaths each year, according to the study.” Obesity costs Americans $190 billion a year in medical and insurance costs. Yet, taxing fattening foods isn’t going to make up for this shortfall now, is it? Sure there might be a small decrease in obesity and heart related deaths, but it still doesn’t address the problem.

A change in how Americans eat is in order, but realistically this will never happen. Americans, as I cited here, can’t eat in moderation. If they could and would learn what foods are good for your health, we might be able to cut into that $190 figure. Better yet, let’s tax meat and dairy products as opposed to sugary soft drinks. These are the foods that are causing America’s obesity problem. Not sure why the meat and dairy industry are opposed to this. Oh wait, yes I do because these foods are necessary for a balance diet, as says the USDA Dietary Guide. Then again money buys power and moves policy.