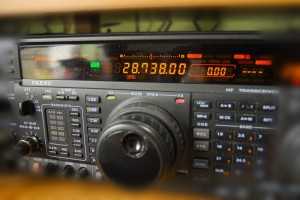 Got some good news yesterday, as it looks like I will be back on the radio as early as next week. I e-mailed Byron, WA4GEG, who has been working on my Yaesu FT-1000MP. It has been at his shop for just over a month, since encountering issues on the 15 meter band. Byron writes, “I have your transceiver repaired, and have been running it for a week now to make sure everything holds. The VCO the affects 15 meters needed repair. Everything else looks good.”

It’s now a race against the clock, as the CQWW WPX CQ Contest begins next Friday at 0000z (5pm PDT). With any luck it will get there as late as Friday and I should be set to operate up to 36 hours of the contest. Not that I will be able to stay awake, which has been a problem in the past. I spoke about this contest on April 4th in WPX on the Horizon.

Not having a radio has put some of my planned worked on hold. I was able to fix my vertical antenna, thanks to SteppIR and remount it in the backyard. Unfortunately with my knee surgery and no transceiver, I have not been up on the rooftop to see what work needs to be accomplished on the hex beam. With any luck, it will plug and play and I will be able to get on the air quickly, if needed. Again, this is dependent on the arrival of the radio back to my house.

As for the contest, I will provide one further update later next week to summarize my goals. If I can put in a full effort and solar conditions are better than what I have seen the past month or so, I should be able to pull off my goal from 2010 of 1 million points. This would be far and away my best showing in any contest I have entered since 2009.