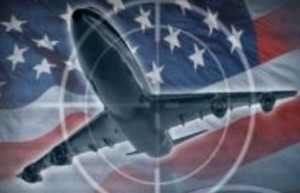 “There is a high likelihood that [the bomb] would have been detected had he boarded a flight in the United States.” Does Big Sis really have THAT much confidence in the “thousands standing around” at airport security checkpoints across the United States? Pretty bold statement, but I don’t believe she was in much a position to say otherwise. But a top law-enforcement official insisted, “They would not have gotten him” (source). We have no further information as to who this official was, based on the details of this case, as we know it, I agree this underwear bomb would have successfully made it through.

With the dog and pony show infringing on our rights at our nation’s airports, it won’t take much more for screening procedures to be revised again when it comes to how travelers are screened prior to entering a “sterile” area at the airport. I have yet to read a story in which TSA actually deterred or prevent an act of terrorism at an airport, but this latest attempt could have Big Sis rethinking procedures.

For metallic items, like guns and knives the old x-ray machines and now backscatter machines are acceptable. We have seen a few You Tube videos including a detailed example from Jonathan Corbett who runs TSA Out Of Our Pants. Unfortunately individuals like Richard Reid, the show bomber in 2001 and Umar Farouk Abdulmutallab, the underwear bomber in 2009 both failed at their attempts, but this time a a CIA informant was the individual chosen for the suicide mission. Unfortunately, “current technology is not good enough to find nonmetallic explosive devices like the newest underwear bomb.” Thankfully the bomb is now in the hands of the U.S. authorities as we wait for further details to emerge.

Here is another example of how government agencies foiled a terrorist plot and NOT the TSA. Contrary to what Big Sis thinks and states on the record TSA screeners would not have have suspected this underwear bomb. “This bomb was put into the equivalent of briefs, so it was much tighter and form-fitting and harder to see” (source). How would an intrusive pat-down, using the back of your hands detect something sewn into a pair of briefs? The AIT machines would have been worthless in detecting this. “The only surefire way to detect nonmetallic explosive devices is using bomb-sniffing dogs, but that’s impractical at crowded airports.”

So score another victory for our alphabet agency, the CIA. As for the TSA, it’s time to review current procedures. Terrorists groups, like Al Qaeda are continuing to revise and improve their bomb making techniques and looking at delivery systems. This time, the U.S. dodged a bullet. What about next time? How long before travelers are submitting to further invasive touching or probing in order to make sure we are not a delivery device.