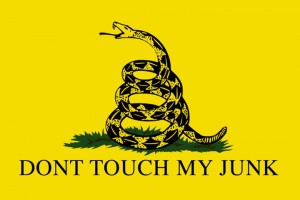 Will having a U.S. Senator backing the cause really provide enough clout to rid American airports of the TSA? As reports by Alex Jones, “Senator Rand Paul has issued a press release in which he vows to lead the charge to “end the TSA” and put a stop to the needless and humiliating groping of toddlers and grandmothers” (source). This fueled by Rand Paul after he was detained by TSA for pat down after going through a scanner.

Recent legislation now allows airports to “opt out” of the Federal program and use private companies to stand watch at security checkpoints. I don’t believe private security companies will be any different than the current TSA. Both groups are not qualified to provide security. Neither group has the level of training or background requirements to provide any real security. Any incident at a security checkpoint and the local police will be called in. So in the end, does it really matter if the Feds continue their invasive pat-downs and backscatter screening machines?

I applaud Rand Paul for taking up this cause, but I see no way in hell this piece of legislation would be passed. There are far too many involved with big money contracts now in place to just abolish the TSA and give away the police state to private companies. Yet the weekly horror stories that come out of TSA checkpoints are getting to the point of unbelievable. For some, not flying is not an option. Yet every week the list of inappropriate conduct at a checkpoint makes the headlines. This time around with the backing of a U.S. Senator will it really turn out any different?