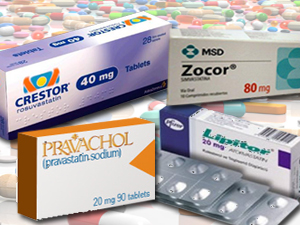 I have learned a vast amount over the past 3 months since taking control of my health by changing my lifestyle. No longer do I blindly accept what my doctor prescribes, nor do I always agree with his assessment or opinion. I am not a doctor, but I do feel I am healthier now than I have been in probably the last 10-15 years. Many of the nagging ailments I had are diminished or complete gone. My blood test results show me improving and the bathroom scale has me down 31 pounds as of this morning!

What frustrates me further are doctor’s championing their cause, while patients are starting to question treatment issues. This after the FDA said they would require further safety warnings on the labels of the cholesterol-lowering drugs. “This news will make the care of my patients more difficult and less effective,” said Dr. Richard Honaker in a recent ABC World News report.

I was somewhat frustrated when I was told I would not be able to lower my cholesterol on my own and would require statins the rest of my life. This is what I was told in July, 2011 when I had my physical and the doctor went over my blood test results. I did what many Americans would, I started researching cholesterol on the Internet. That is what probably frustrates doctors more. “Some patients are always reading up on their medications on the Internet, and it seems like they only read the negative and not the positive,” said Honaker. “It’s going to be an uphill battle.”

As I have said in the past, healthy people don’t need doctors, so it comes as no real surprise that people, like me will stress the negative and not the positive when I read about a drug on the Internet. I was told by my doctor up front that the statin I was being prescribe could cause liver failure. Great side effect! Why in the hell would I want to start taking medication if it could cause a bodily organ to fail?

I will consider myself very lucky that my total cholesterol (TC) was only 263. Still against the advice of my doctor I took myself off the statin and changed my diet. I proved to myself and more importantly to my doctor I could get my cholesterol under control and be able to manage it without the use of medication. To date I am down 64 points on my TC and continuing to eat a plant-based, whole food diet.

Unfortunately my doctor doesn’t believe cutting out meat, dairy and oil are the correct way to go about improving my health (and blood). Yet he wanted me to eat more fat (30%) and not cut foods, like meat out of my diet. I tried that, it didn’t work. I followed a plant based lifestyle that Dr. John McDougall supports and I am eating my way to health.

I fully expect to have even better results when I get my blood tested at the end of March. I am hoping to see my TC down another 25-30 points, with a decrease in LDL and an increase in HDL. Hopefully my Triglycerides continue to fall, as they were still a bit high, something that could be related to the weight loss I had experienced leading up to the blood test. So from here on out I will question ANYTHING prescribed by my doctor. That goes for the 50,000 IU Vitamin D supplement I was prescribed in January.

NOTE: I found this comment while reading through some of McDougall’s Newsletters as it relates to red yeast rice compared to statins (with their side effects), “A recent study, using an electron microscope and biochemical tests, examined the muscle tissues of patients on statins, and found evidence of muscle cell damage in over 70% of people on statins, even when they had no complaints of muscle pain” (source). 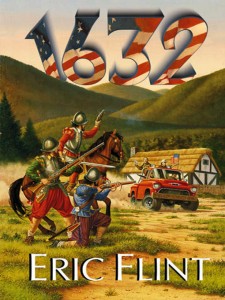 I turned the page, so to speak in December, 2011 when I took the recommendation of a co-worker and downloaded the first book in the Ring of Fire alternate history series from Eric Flint from titled 1632. Described as the “ultimate Y2K glitch” when the town of Grantville, West Virginia,  it’s surrounding area and residents find themselves in the middle of war torn Europe and the Thirty Years’ War. The year, 1632.

I had been tempted by Flint’s 1632 series previously, instead deciding to re-read all of Clive Cussler’s offerings instead. After talking to my friend further I was convinced to give his initial book a try. What I find most surprising about this series is the world that has been created at 1632.org in support of the series. Rarely do I get involved with “fan sites” that support a book or more commonly a video game, but this community that supports 1632 has a wealthy of information to offer to support Mr. Flint’s (and contributing writers) alternate reality.

Of the main characters, Mike Stearns, mine worker and UMWA member takes control the situation in an attempt to defend their town from neighboring Germany. As the charismatic leader of the Americans, Stearns is well liked, quick to think and decisive when it comes to his decision making skills. Early on in the book, he leads the mine workers against a marauding band mercenaries, which sets the stage for the rest of the book.

It’s the ultimate “butterfly effect’ as Grantville, West Virginia was brought into the middle of the Thirty Years War. The citizens of Grantville must quick adapt to their new surroundings of Thuringia or die. Known as “up-timers” these people band together behind charismatic leadership and a desire to survive and thrive in their new homeland as they face challenges.

Behind the leadership of Stearns they draw allegiance with Gustav II Adolf, the King of Sweden, as they go against the likes of Spain and underhanded dealings of Cardinal Richelieu in France. Both powerful leaders during this time period, one in which Gustav II Adolf gains the upper hand, thanks in part to the advanced technology.

Flint’s 1632 is the first in a continuing series (now up to 1636: The Saxony Uprising) of the Ring of Fire series. “Fans are encouraged to contribute to the series though an online message board known as Baen’s Bar. The entire Grantville Gazette and large portions of the Ring of Fire anthology, both of which are considered canonical, are paid, fan-written (albeit edited by Flint) works, and have directly contributed material to the main novels. The author also worked with other established authors to develop new stories and plot lines for further novels which are also published in the two Ring of Fire anthologies*.”

It’s quite amazing to see such support and collaborative efforts put forth by the like Eric Flint, David Weber, Andrew Dennis, Virginia DeMarce, Gorg Huff and Paula Goodlett, along with many individuals who contribute to the 1632 universe at Baen’s Bar (forum) as well as through the Grantville Gazette. Currently I ‘m reading 1634: The Galileo Affair as the transplanted West Virginians continue making an impact in their new surroundings.

If you want some entertaining reading that really draws you in, this is a wonderful series. It’s been interesting to read excepts about the Thirty Years War or some of the powerful individuals during that period, along with some of the same scenarios that end up playing out differently than how history originally recorded them in the books brought by Grantville. You can even download 1632 for FREE.