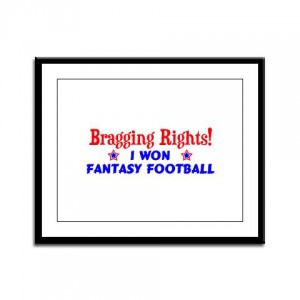 I am excited about the upcoming fantasy football season, now that the lock is over and both sides came to terms on a CBA we are moving rapidly towards the August 11 start date. While this is my 28th year managing the TFL, the Toumi Football League, it’s my second season using Fantasy Football Starters, which boasts the nationally syndicated radio host and anaylst, Russ Bliss.

I am in no way affiliated with RSGFS or FFS (outside of being a moderator on the forums), I am just like the next fantasy owner, looking to get an advantage or edge over my competition in the two leagues I play in. This year has already started out differently than last year, as I was provided a copy of ‘How to Win at Fantasy Football: Secrets of Gridiron Greatness‘ by Russ Bliss. I received this eBook when I signed up with the Championship Package at FFS for $24.95.

I know a lot about fantasy football, 28 years of experience is a wonderful thing to have when you bring opinions and information to forums and share insight with other owners. I must say I was highly impressed with the eBook overall. While some areas did not really pertain to me, for example Chapter 1 on setting up a league. For the most part I read every other chapter (except Chapter 7 on Auctions) and I must say I learned quite a bit of new information. Who says you can’t teach an old dog new tricks?

There are some new guides I will be using this year that Russ brought to light last year. One is called FP/PG or Fantasy Points Per Game. This stats takes information from NFL.com and incorporates it into a formula to provide a better value of what a given defense gives up in terms of fantasy points. It’s sheer genius and so simple of a concept to understand and implement on a weekly basis. Of course it will take a few weeks (4-6) weeks of data in the upcoming season to truly get a sense of how stingy or loose a defense is.

Another factor that either I missed or never realized was out there is called VDB of Value Based Drafting. Behind this strategy is a concept called the Average Value Theory that uses the “average fantasy point s scored at each rank within a position” (source Russ Bliss). Much like FP/PG the AVT and VDB are simple yet accurate enough to provide you an edge when it comes to drafting your team.

This year I plan on using my strategy I have developed over the years. It’s not all that impressive and you can read just how I used it last year, when I decided to take the challenge and use Russ Bliss’s Draft Strategy. Unfortunately I made a vital mistake in the 3rd and 4th round that cost me the season when I threw the towel in at Week 10.

With every new season comes a chance at redemption, when an owner looks to draft as smart as possible making every draft pick count. Now that I am a year smarter and armed with new information I can immediately take advantage of I am looking to win both leagues I play in this year. As I mentioned my strategy as the draft approaches (Aug 19) is much the same it has been over the better part of 10 years. While I don’t win every year it is a proven strategy to keep me in contention. This year with the use of new tools I plan on setting the bar and have all other teams looking up at me.