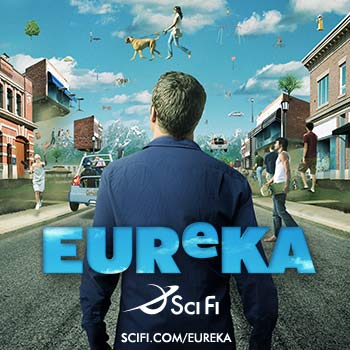 I’m not a big television watcher, I used to be, but that was pre-Internet and before I had a wife and family. As a youth I did watch my fair share of TV, it would probably be consider “unhealthy” by physicians these days. I recall faithfully tuning into shows like Dukes of Hazzard, the A-Team, Miami Vice, but those were 20+ years ago. But, with that said, I was also very active, playing organized sports and terrorizing the neighborhood with friends until my mother would yell out of the back door for me. Yeah, she would do that.

While I was not an original viewer of The X-Files, it quickly became on of my favorite shows during the mid-90s. Chris Carter, prior to the last few season, when Gillian Anderson was not around and Mulder was “missing” was not as enthralling with their “replacements,” nonetheless I still watched.

Most of my viewing time has been spent watching sports, The Weather Channel, History and Discovery Channel. But in terms of a television series, I was just not dedicated to watching one on a regular basis. That was until the Sci Fi Channel originally program, Eureka. With the recent upgrade in my cable television package, we also got a DVR, which has now allowed us the luxury of recording shows at our convenience.

I only caught one trailer for the show, but it piqued my interest enough to set my DVR to record, not just one episode, but the entire first season. So far, I have watched the pilot and episode 102 titled, ‘many Happy Returns’ I was hooked. While the premise is somewhat “out there” you must remember this is science fiction, it does not necessarily have to make sense. You watch for the enjoyment factor, at least I do.

The pilot episode began with Jack Carter, the main character transporting a “prisoner” back to Los Angeles when their car is runs off the road avoiding an animal. Jack and his female prisoner walk to the nearest town, which happens to be Eureka, thus beginning the series. We find out the supposed prisoner is his daughter who had ran away and was being returned to her mother.

You quickly become acquainted with the other characters in the town of Eureka, such as DOD liaison, Allison Blake, who provides Jack with a “steady flow of professional and romantic frustrations.” Beverly Barlowe plays the local psychotherapist, and also runs the local bed and breakfast inn. The last female character, with a strong, dominant personality is Jo Lupo, the deputy sheriff and former U.S. Army Ranger. She is rather uptight and could definitely use a good lay!

All the women are rather sexy and attractive, not sure if that was intentional or not. But many sexual innuendos are tossed about, between Jack and Allison and Jack and Beverly, both of whom are attracted to Jack and vice versa. But there is also something mysterious about the woman.

We also meet town jack-of-all-trades, Henry Deacon who in his spare time is the local mechanic, but was a former engineer. Not, not on trains, but developing space shuttles. Again, another character with a shady background, who seems to be hiding something as well.

You can check out some of the weird and wacky Made in Eureka gadgets that are “revolutionary” and could “dramatically change your life.” So if you are looking for a break from the ordinary, take a trip to Eureka, where nothing is as it seems.