Texas bigger than the Federal government? Unfortunately not. While many good things have 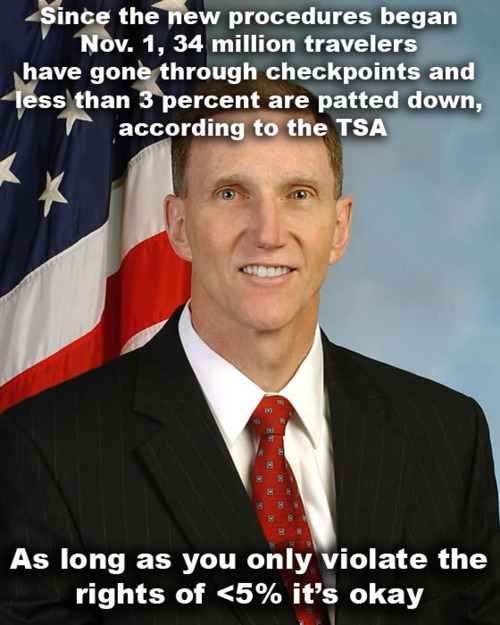 come from Texas, it seems they are being grabbed by the bootstraps this time in regards to H.R. 1937. This piece of legislation provision “would thus criminalize searches that are required under federal regulations in order to ensure the safety of the American public.” Because as we are being led to believe molestation and groping works.

I believe no matter how the Feds or attorneys spin this, Texas is in a no win situation. Even if the bill is passed “the federal government would likely seek an emergency stay of the statute. Unless or until such a stay were granted, TSA would likely be required to cancel any flight or series of flights for which it could not ensure the safety of passengers and cr ew.”

I will continue to pull for the great state of Texas, but I don’t believe state leaders could possibly continue down this road if it were going to jeopardize thousands of people who nt only work for the airlines and airports, minus the thousands in the “make-work” program but all the revenue that would be lost because of infrastructure that supports air travel.

You can read the article at The Lone Star Report.

**update** This bill is dead, it seems the strong arming by the Department of Justice the above mentioned letter had a hand in how this played out in the state of Texas. Too bad some senators back down in voting for this legislation. I guess a government for the people, by the people is something that has been lost long ago. 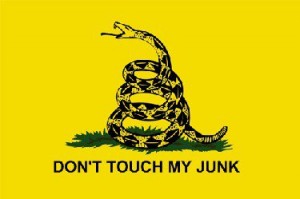 As I wrote about last week in Pat-Down Ban?, Texas passed legislation making the TSA security molestation and groping illegal ni their great state. Unfortunately this was really only a minor and temporary victory for us commoners as Big Sis seems to be raising the iron fist to crush change.

While not a support of the TSA, you can read Blogger Bob and his response to this legislation proposed by the Texas House of Representatives. I am quite sure he is nothing more than a mouthpiece (yes man) for the TSA, which isn’t too surprising. Give the TSA a blog and make them a part of the “social networking” community.

While I commend the great state of Texas and applaud them for going after the TSA, I believe in the end, the law of the land under The United States Constitution will prevail. I do not agree, nor have I every approved of the continued “police state” method being carried out by TSA agents in airports through out the United States. Scare tactics if you ask me. As for the Article. VI. Clause 2 cited by the TSA:

So basically regardless of how the legislation is voted on in Texas, it will be trumped by what is already in place at the Federal level. Hmmm. I think it’s time to go back to states governing themselves because the U.S. Government sure the hell isn’t doing a good job…well they are doing a fantastic job running it into the ground (regardless of what party is in control). But I am moving off topic. Back to the Nazis…err…TSA.

It’s funny how we can spin statistics to make them favor our position and strength our stance. After patronizing the reader the TSA claims “less than 3% of passengers receive pat-downs.” What they don’t tell us, is out of that 3% how many were actually a terrorist or had some sort of plan to blow something up? Yeah, just what I thought, no numbers.

Their claims go on to state that if you “opt out” of the AIT (Advanced Imaging Tecnology) machines or are “part of our random, unpredictable security measures.” Random? Is this why we see a 45-year old Caucasian being groped, maybe a 6-year old girl being molested? I will give you THAT is random, but I feel not “good security.” I support random, when done like it is outside the USA, especially in Europe when it comes to security.

I feel it would be much more effective to racially profile. Fuck the ACLU! The can keep their dirty hands and opinions out of this. We all know the ethnicity of the supposed 9-11 hijackers. No reason we should not be driving this point home, even if the plot was carried out by agents of the U.S. Government.

There have been some stories especially out of the Middle East of terrorist organizations using children and infants as bombs and bombers. But to train TSA agents in the art of molestation, is wrong. They claim, “Children 12 years old and under who require extra screening will receive a modified pat down.” Of course there are no details on what the modifications and they “work with parents to ensure a respectful screening process.”

Sorry as a parent I would be outraged if my 5-year old son was randomly selected. I would not let it happen, if that means physically harming a Federal agent, then so be it. I know I am wrong and it would probably get me tossed in jail. The only other, more “respectful” solution would be to cancel whatever travel plans we had and leave the airport. Yet we have seen in previous cases that doesn’t always go smooth either. Read Pliot Refuses to be Seen Naked.

The TSA also states s a “0.0004% of received complaints” (898 complaints)from travelers between the periods of November 2010 and March 2011. This figure out of some 252 million people who were screened. Unfortunately for use becoming outraged or outspoken will only lead the TSA to look upon us as domestic terrorists and put us in a “high risk” category. This has already been mentioned by the TSA in April (read story).

So for those still willing to travel by air, you are in a no win situation. While I still consider air travel the most efficient way to get to a destination, the problems and red tape that go along with getting from your car to your airplane are something I don’t want to deal with. Unfortunately, the situation won’t get better before it gets worse. Toss in a false flag at one of the nation’s airports and the U.S. Government will implement more stringent rules to keep the skies safe and the flying public scared.