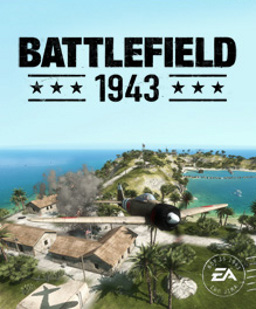 Since my “retirement” from software development I have never return to that community or any other online computer gaming. I have lost all desire because software developers are very uncreative these days. It seems that everything that could be designed has been and the first place a developer looks for a “return to glory” is in the past. Look at the lineup from id Software, Doom, Quake, Wolfenstein. Many other titles from other developers are developed in the same vein.

I believe the last good game I played was from Dice, titled Battlefield 1942. Although in my opinion BF1942 was not as fun as Codename: Eagle, but ’42 was a well done game. Being out of gaming, I was rather excited to see Battlefield 1942 (yes that is a typo) available for the Xbox 360. What I didn’t notice at the time, until I spoke to my buddy in Los Angeles, that this was was actually called Battlefield 1943. It was a new and updated version of 1942 some years later.

I was torn, so much for having faith in Dice as they have now regressed and moved backwards in order to redevelop their last good hit. I am no fan of the console controller, they are just terrible for FPS games, especially a fast paced online BF1943 or any other game. So my aiming leaves a lot to be desired, it is not as accurate as the popular keyboard/trackball (or mouse) combination that is so common in the gaming community.

After realizing 1943 was a remake of 1942, some of the thrill was gone. Yet the game is visually stunning, given the technology running in the Xbox 360. It does seem that is what sells games these days and not game play.

As for the game play, there is really nothing much to report. Some of the movement over the terrain and up hills is smoother than I recall. I found myself not getting stuck on objects when operating a tank, for example. One new addition that adds to the game is the ability to blown up portions of buildings and structures. You can run over fence, through buildings and it seems to really add bit of pizazz to the game.

Flying was easier in the PC version. Both sticks are required as is the trigger button for your throttle. The left stick is used to help make a coordinated turn by using the rudder. Personally I don’t think it works all that well and you find your aircraft slowing way down to make a tight turn. But the planes are a bit more balanced in this version versus the PC version.

I have only put in a few hours but I am enjoying my experience. I think the air raid feature sucks, but Dice did the same type of thing with their crappy follow up, Battlefield 2 with the artillery strike. I could not pass up the opportunity or the price to check it out.

Unfortunately one of the things Dice or any other developer cannot get rid of with programming are the asshat players. Just like the previous community I was involved in there are many who just ruin the fun and enjoyment. I am sure this is will be my deciding factor when I loose interest in the game. Way to go players!

I recommend it though for the Xbox 360, it is worth the small price tag.