“…people are forgetting the other constitutional right that allows government agencies to put people’s right to safety ahead of their right of expression…We are allowed to designate the time, place and manner of free speech.” 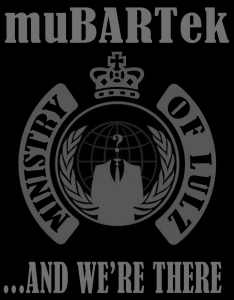 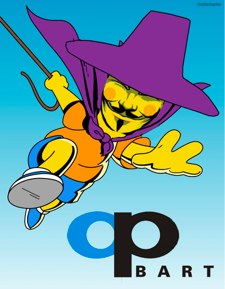 It really comes as no surprise. These days it seems increasingly difficult to go anywhere without the possibility of being searched by the TSA. Their duties, which include the groping and molestation of of thousands a year is usually confined to airport security checkpoints, their presence “seem to involve giving airport-style pat-downs and screenings of unsuspecting passengers at bus terminals, ferries, and even subways” (source).

These “random” screenings are part of the TSA’s VIPR (Visible Intermodal Prevention and Response) program. “The VIPR program first started doing searches in 2007, and has grown since then. Currently, the TSA only has 25 VIPR teams doing these impromptu searches: in 2012, it wants to get 12 more.” These unlawful searches are being conducted to help avoid incidents like the 2004 Madrid train bombings.

In 2009 the VIPR program made an appearance during the July 4th weekend in the Bay Area on BART. “According to a Transportation Security Administration spokesman, the VIPR team’s mission is to share Washington, D.C.’s anti-terrorist security tactics with local transit police and train them in federal procedures, plus sometimes also serving as extra staff for special events. In theory, this sounds like a good idea” (source). The weekend was spent playing “tour guide” to the visiting agents.

While VIPR is being rolled out nationwide, which now includes ICE and Border Patrol, YOU are being targeted illegally. I am curious since I ride the train 3 days a week what will happen if I am stopped for a “random seach.” First I ride as an employee of BART. Much like the airlines, I am sure that does not make me exempt. Second I carry a few knives with me. One a Swiss Army pocket knife and second a Gerber serrated, folding knife. Should I expect both of these items to be confiscated from me? If this were an airline checkpoint, you can damn well bet they illegally take my belongings.

What else would be interesting to note is what their response would be, if I refused and decided to leave the station. I am sure my “behavior indicators” (which I have commented on before) would tell them I am hiding something and deemed a target. This would possibly give them “just cause” to detain and search me.

There have been stories posted, most notably Michael Roberts, an ExpressJet Airlines Pilot who refused and attempted to leave the checkpoint before submitting to a security screening. You can read what transpired. We’ll have to wait and see what happens if (more likely) when random screening is implemented. This is definitely the start of the story with no end in sight and probably only going to get worse. 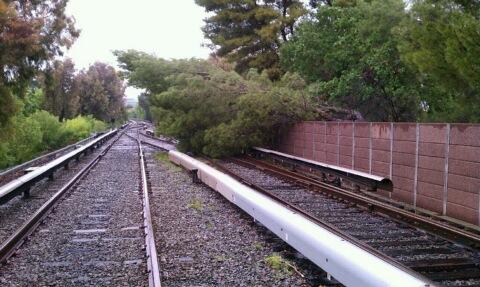 This sums up my day at work on Saturday. It looks worse than it actually was. Thankfully no one was injured and there was no damage to any trains. The location of this tree was in Concord off Bancroft Road. The intrusion caused about 2 hours worth of delays between Pleasant Hill and Concord Stations, as crews cut back the limbs and removed the tree from the trackway and the equipment on the right of way was inspected.

If this wasn’t enough I had a second train have an issue with a tree branch just south of Union City about 4 hours later. Thankfully it only caused about a 15 minute interruption and the “incident” train was moving after an inspection of their train.

This just happens to be one of a number of things that can happen with inclimate weather, such as high winds and heavy rains around our trackways that are shadowed by flora and fauna.