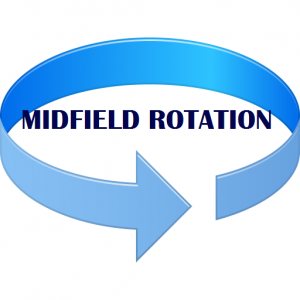 With spare time at work, I have been working on FPL strategy and formation for the past week, while delving into conversation with other fantasy managers. With many “rate my team” (RMT) posts coming forward, I have spent more time on maximizing my squad based on a 5-3-2 formation. Not the preferred formation for FPL to the 3-4-3 or 3-5-2, it could warrant consideration, which I have given it this pre-season.

Based on a comment from Alex, a top 5k player, “never worried about this stuff. Play your best hand accordingly. Keep it simple and never overcomplicate.” Over complicate. Is that what all this preparation has been? Have I been over complicating the strategy and formation when I should be standing tried and true behind what works? Honestly, in the last 4 seasons the best I have finished has been 75k and struggling with a nasty run of red arrows that took the wind out of my sails after GW6.

This is the first season I have actively participated during the off season, joined the legions on Twitter (@w6onv) and been actively discussing players, formations and strategy on numerous post threads. It has the situation anything but clear, only adding to the confusion and questions that arise before the start of the 2017/18 EPL.

My strategy to start the season is to run out a 5-3-2 formation, with £30m spent on defenders and another £35.5 on forwards. This leaves me £33m to spend on the midfield. Can it be done? I know many will question the amount budgeted for defenders and provide alternatives to save £1.0 here or £0.5m there, in order to improve the midfield. 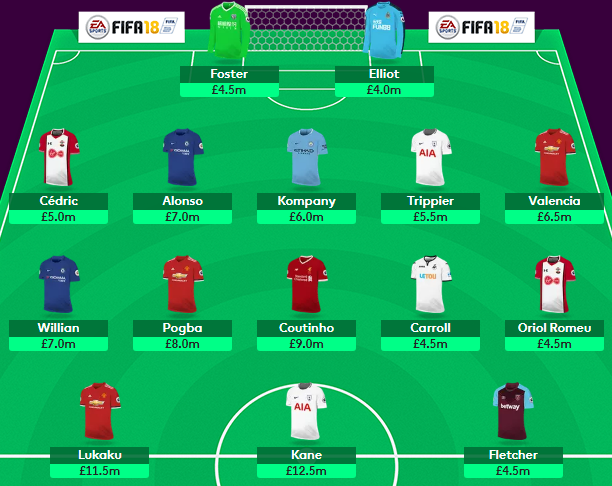 This 5-3-2 was the latest update to a defensive minded strategy. I splurged on Alonso and Valencia and opted for City’s captain, Vincent Kompany to anchor the defense. Cédric wasn’t without injury last year and wasn’t nailed on to start. This year with So’ton’s kind start to the season, he too could be a great option defensively. Trippier is my only concern, at £5.5 there are other potential options, but many fantasy managers figure he is nailed on as a starter since Kyle Walker has moved to City and Spurs haven’t added depth to this position. Up front, Lukaku and Kane, the two highest TSB% players in the game.

It’s the midfield, which can be called into question based on the remain budget to round out my starting XI. If you have followed the team building the past few days, I was excited to follow Firetog’s strategy from his article,  In Search Of The Best Fantasy Football Formation. While I initially planned on a rotation of £6.0 midfielders to line up next to Coutinho, I have opted to go a different route in order to put a stronger starting XI on the pitch.

As the adage goes, “if you fail to plan, you plan to fail.” In order to remain competitive to start the FPL season, the midfield will be a rotation of 3 players totaling £24.0m, as £9.0 is wrapped in two, bench players  who won’t see the pitch. This strategy doesn’t take into account the rise/fall of prices based on TSB% and performance and it capped at the starting budget of £100.0m. The only drawback this rotation, in the planning phase is Tadic GW6 when he’s home against Man United. Overall, out of 21 fixtures, 12 are home matches (57%).

The other caveat, just how will players like Tadic and Pogba perform? The underlying stats and supporting players are there for United and So’ton, but will they equate to fantasy points? One could interchange Henrik Mkhitaryan for Paul Pogba as both priced at £8.0m. Placing Coutinho, Alli and Willian in my starting XI doesn’t carry the same concern, all are proven EPL players, who are dynamic on the pitch and can provide big returns.

Planning and preparation are great, but this, like any strategy could fail. What I don’t want to be doing is chasing the hot bandwagon player after GW1 or GW2. With any luck I will be able to hold the activation of my wild card until GW7 and the second international break. Last year, like the top 500 managers in the world, I activated it for GW4. In the short term is yielded a positive return through GW8, seeing my overall rank climb to 29k before the wheels fell off. Regardless, I feel good about the plan and the starting XI that will take the pitch…at least today. We still have nearly 3 weeks before the season kick offs.