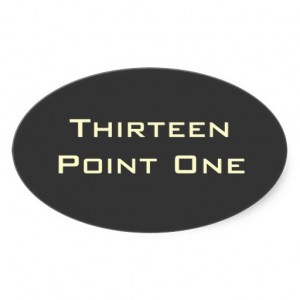 It’s been 14 weeks since I started running with 13.1 or a half marathon as a goal, something that before this year I didn’t like or wouldn’t do. I felt lifting weights was necessary after dropping 44 pounds in order to rebuild what was left on body frame. Thankfully Stronglifts provided me that opportunity to gain strength that was much needed. In addition to strength training I made the decision to start running, which was shunned by many in that same community as it would have a negative effect on my strength training. So be it I said and made running my priority.

Yesterday was my longest run to date as I finished a half marathon or 13.1 miles! This long run wasn’t on the initial ‘couch to half marathon‘ plan, but I had an extra week and decided to run it just to get some idea of what my time would be. Much like the marathon training I am involved in, my first half marathon goal is to finish. If it was like yesterday, finish is all I care about. Then again I don’t expect it to be 90+ in San Leandro the morning of the race.

Still running 13.1 is a BIG accomplishment, something I never thought I would achieve. I am feeling it this morning as my legs are still very fatigued. They don’t hurt and my muscles aren’t tight and overall I guess I feel pretty good given the conditions I ran in yesterday.

Unfortunately I started out too fast putting up a string of 10:30/mile (give or take 20 seconds) through the first 8 miles. I made a quick stop by my truck, covered my head in water and had a few slips before continuing on. Unfortunately I never regained that 10:30/mile losing another 2 minutes on each mile the rest of the way. As was expressed to me from another experienced runner, “lower your pace 10MM was probably a little too fast. 10.5 – 11 would help you have a stronger finish.” This was a prime example of hitting the wall and never recovering.

The biggest problem I am having is what to eat while running. From my reading I should be eating 200-400 calories per hour. The last few long runs have include a peanut butter sandwich and hummus. Yesterday in place of a sandwich I put peanut butter and honey in a bag to be used like a squeezable pouch when I needed a pick me up. That much needed energy never arrived and I was left running with no gas in the tank, so to speak. At mile 11 I sucked down my remaining water and wouldn’t be surprised if I had a the onset of a heat stroke.

In the end with a few minutes of walking I was able to accomplish 13.1, but was dehydrated and fatigued with I got back to my truck to drive home. All I wanted to do was lay down and go to bed. I did walk around for a few minutes before leaving and when I got home I did some simple stretches, as the calf muscles felt as if they were tightening up. I never did cramp, but I did notice I have a bad habit of clipping the inside of my left foot while running, especially as my form deteriorates from fatigue.

All in all I am still pleased with being able to finish and doing so in 2:29. This goes to show I do have what it takes inside me to run 13.1. I am still on track to make my first half marathon in 2 weeks, but all that work could be derailed by an impending strike at work and the possibility of a separated left shoulder. I should find out more on the shoulder when I head to the orthopedic surgeon on Tuesday.