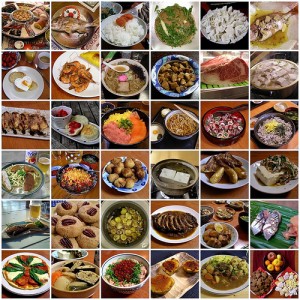 Since changing my eating habits to a plant-based, whole foods diet I have started avoiding the more well known food websites that offer nutrient-poor and calorie-dense foods. Rarely will I peruse Food Network or Epicurious as I once did looking for delectable foods to tempt my palate. These “commercial” sites rarely provide the sort of foods I want to consume.

I don’t claim to be a food blogger, while I have recently added a ‘Recipes‘ category not sure I have what it takes to be a successful food blogger. Many of the recipes I started with were collected over many years. Some have a source, such as my mother, who is a fantastic cook (as is my sister for that matter) others have been lost in translation.

It does seems that food blogging is in vogue, based on my recent foray into the world of plant-based cooking. Everybody seems to have a food blog and many of those food bloggers have something to promote and sell. That’s not always a bad thing, as there have been some great cookbooks I have been exposed to, such as Lindsay Nixon’s Happy Herbivore and Everyday Herbivore. Some may not look further than Dr. John McDougall and his wife Mary, who have authored The New McDougall Cookbook and The McDougall Quick & Easy Cookbook.

It seems that everyday I am finding new recipes I want to cook, some unique such as Malai Kofta and Ful Mudammas but as simple as black bean burgers with baked french fries and salt-free ketchup. Recently I have been on a chickpea kick, not sure why. I have been making baked falafel probably twice a week. Last night it was a smashed chickpea sandwich courtesy of Smitten Kitchen. Who says you can’t feel satiated and eat healthy at the same time? You can! It just takes a little work and creativity.

It has been a wonderful journey being introduced to so many recipes from a plethora of plant-based sites. Unfortunately not all these sites follow the guidelines I eat by, based of the research and experience of Dr. John McDougall. Many food bloggers may call themselves “vegan” this or “vegetarian” that, but could possibly include foods such as dairy, oil and those high in fats in their recipes…and even meat. Yes, it’s possible to be a fat vegan. In cases such as these it’s as simple as modifying the recipe to fit your lifestyle. Sometimes that is easier said than done.

Many of the older recipes I collected I was looking to “McDougallize” by removing the oil, dairy and meat from them. Not always possible. How do you replace 4 breasts of chicken, cream of mushroom, cream of chicken and 12 ounces of Velvetta cheese to create a healthy (Non) Chicken Spaghetti? Sometimes it’s not worth the time and effort to modify recipes when the results will be less than desired. That’s what makes McDougall so easy to get accustomed to. It’s can be very simple meals to prepare and eat.

Here are some of the sites I have bookmarked over the last 8 months with the intentions of making some of the recipes as seen. While I haven’t gotten to all the recipes I know I won’t go hungry.