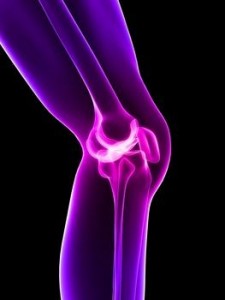 I knew it later that day, when I went to stand up, there was a pop and suddenly I had a sharp pain on the inside of my left knee. This was the result of my first soccer game I had played in close to 8 months. Why I have had to put up with the medical establishment’s red tape for well over a month until FINALLY getting a referral for an MRI. My physical therapist also had good idea my injury was more severe than “osteoarthritis” as my orthopedic surgeon cited, the first time he met with me for about 5 minutes.

I believe today’s appointment with the orthopedic surgeon surpassed that of three other visits in terms of the amount of time he spent with me. He pulled up my MRI and told me the bad news. Much like I confirmed…a month ago, I had torn my meniscus. Do I know my body or what? He went on to explain what a meniscus does and said we had to option for surgery.

Unfortunately the surgery comes at a price. He called the medial meniscus tear “major” in terms of how much of the meniscus is actually remaining, which is very little. The good news, only about 20% of you meniscus provides circulation into the knee, as I understand it. So, while much of the blood flow will be restricted, once the tear is removed, the inflammation should subside and the pain will go away.

The bad news, much chance for arthritis in my knee has increased with the removal of the meniscus, which acts as a shock absorber to cushion the femur and tibia. What a minute? Didn’t he tell me a few months back I already had osteoarthritis? Yeah, he did. I guess the MRI changed his opinion and I was misdiagnosed initially. Of course, I didn’t bring that second meeting up, maybe I should have, but in the end what would I have gained?

So I have elected to have surgery. As explained to me, it’s a 30 minute procedure with 3 incisions around my left kneecap. I will leave the procedure and from his words, be able to walk and put pressure on the knee. I don’t expect to miss, but maybe a single day of work this time around. Unfortunately soccer is not official over. I won’t lace up the boots or don the jersey between the sticks. It’s been fun, but it’s time to get into coaching and let my son have all the fun.

I did find a few articles on a system called FAST-FIX Meniscal Repair System. No idea if this is even an option, but I did find a “technical guide” on how to accomplish the repair, which looks like they tie up the torn portion of the meniscus. Guess I will have to inquire about it.

Source: Posted on the McDougall Discusson Boards by cowpie