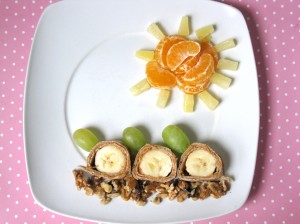 While deciding on what to comment on today, I found a Facebook entry from Dr. John McDougall regarding an article in the New York Times that exploits “the tragedy of a family and to spread commonly held, but scientifically incorrect, information on human nutrition.” Back in 2007, Dr. McDougall responded to Nina Planck’s story, Death by Veganism in a letter to the editor, as well as addressing individual points on his website.

This time around, Ms. Panck continues her misinformed ways in a story titled, A Choice With Definite Risks. Again, without much scientific citation, she continues to support her 2007 position, in which a vegan diet is inadequate for babies and children. Unfortunately this is an op-ed piece that fit for the circular file. I find it rather appalling that the NYT fish wrap allows for this sort of piece to be printed. Again without citation and based on her credentials, which include “farmers’ daughter, food writer, farmers’ market entrepreneur, local foodist, and advocate for traditional foods” she continues to push and promote the standard American diet.

Articles like this should no longer come as a surprise, yet they do. When books like The China Study by T. Colin Campbell and Preventing and Reversing Heart Disease by Dr. Caldwell Esselstyn are citing scientific data promoting a plant-based diet, some hack submits a pro-SAD piece and suddenly the American public reaffirms it’s eating “healthy” with all the meat, dairy and fats in their daily diet.

I had intended writing about trying to cook plant-based meals for my son. Guess I should no longer consider this since this lifestyle isn’t “adequate” for babies and children. I disagree with her, citing Dr. McDougall’s comments from 2007.

My son has expanded his palette over the course of nearly 6 months. Thankfully he, unlike me at his age, does like vegetables and fruit. Still, we have quite a bit of “bad food” as I call it, in the pantry. He is aware, but doesn’t understand why I consider it bad food. I am attempting to teach him nutrition, since I know his schooling won’t provide him a chance to learn there are other ways to eat and grow up healthy.

Many sites I find seem to tout their foods, “kid friendly” but looking at what is offered I find it hard to believe that picky kids eat many of these recipes. I could be wrong and probably am. My son is now eating more of what I make, but at times I do find myself falling back to the old habits and feeding a pizza or chicken nuggets. I have started making him sliders using Morningstar Sausage Patties. We does enjoy a hearty meal of rice and beans, as well as bean burritos. Last night he ate nearly half a sweet potato! So the changes, while slow are coming.

I make a real effort to leave the sugar out of his school lunch. After looking at what some of his classmates are eating as a snack, it’s quite surprising to see all the sugary snacks and drinks parents are sending to school. I usually end up making a peanut butter and jelly sandwich or a cheese sandwich. Much like dinner, there are times the processed foods end up in the lunch box. His snacks usually consist of a banana or strawberries, with a small bottle of water.

So while he isn’t McDougall compliant, there are changes happening. It’s more of a matter of getting rid of the “bad” and unhealthy snack foods. Since nutritional labels are so misleading, it’s easy to give your kids foods are appear healthy, but aren’t. Fruit snacks are a prime example! The first 3 ingredients, “Fruit Juice, Corn Syrup, Sugar” and a bit further down “Dextrose.” Yet the nutritional facts will show ZERO fat with 12 grams of sugar in 1 serving.

It’s more a matter of parents educating their children and not buying those types of foods. It can be difficult and easier to reach for something processed and toss it in the microwave. In my opinion, you are doing your child a disservice when it comes to their nutrition. I feel bad when I nuke my son’s processed meal. I want him to grow up healthy and strong and not have to wait 42 years to make the right decision as is relates to his health.