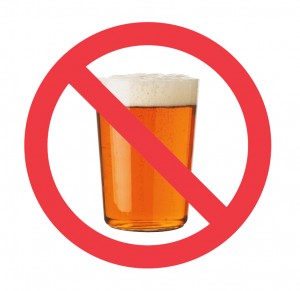 Overall I am very pleased with the state of my health, as I wrote yesterday, “I’ve probably never been healthier.” Based on three blood tests between July, 2011 and March, 2012 my health continues to improve. LDL levels are down, HDL is up, total cholesterol is down and most recently my Vitamin D now falls in the “optimum” range. Unfortunately my triglycerides are still elevated.

“Triglycerides are the fats in the blood.  To visualize their appearance, think of chicken soup left overnight in the refrigerator.  The next morning you find an upper layer of yellowish fat, which has formed over the brownish liquid below,” from the January 2003 McDougall Newsletter.

I began tracking my food intake on January 23 to see what I ate and how it was broken down into calories, fat, carbohydrates and proteins. Along with this data I can track RDI or recommended daily intake and daily value as it relates to the nutrients. I had no intentions of using this to monitor the amount of food I was eating, since this way of eating allows you to eat until full and still be able to see weight loss. Tracking my food has given me a better picture of how and what I eat.

Unfortunately my picture of health still has a blemish, my triglycerides, which started out at 269 saw a 59 point drop when I had a blood test in December, 2011. Now 3 months later I was hoping to see a similar drop, but it was only a 2 point drop from 210 to 208. What could be causing this number to lag behind the other improvements?

“There are two common dietary sources of these blood fats.  They can be derived directly from the fats in the foods we eat or the body can make them by turning carbohydrates into new fats (primarily in the liver) by a process called de novo lipogenesis,” says Dr. McDougall.

Based on the numbers I have I eat approximately 10% fat daily. By way of comparison, the American Heart Association recommends (source):

I am well below the “recommended” level from the AHA in all the areas listed above. The one vice I still carry with me, beer. I have not given up drinking a 6-pack on my days off, which ends up equating to a beer a day for 6 days. “Alcohol is a major source of excess calories which get turned into fat, so the triglyceride levels in the blood increase. Alcohol also has been shown to inhibit the burning of fat. A 2003 study conducted in Geneva, Switzerland found that alcohol in the bloodstream can slow down fat metabolism by more than 30%. (Journal of the American Medical Association. July 2003).”

“When alcohol (ethanol) is present in the blood, the liver prioritizes removing alcohol from the blood over other metabolic processes. The liver can detoxify about one ounce of alcohol (distilled spirits) per hour, which is about 1 serving of an alcoholic beverage (equivalent to 12 ounces of beer or 4 ounces of wine). In the meantime, however, glucose tends to be further processed into triglycerides which raises their blood levels” (source).

Without consulting my doctor, who didn’t seem too concerned back in January with my triglyceride level, I am attempting to draw my own conclusions based off research on the Internet, specifically articles from Dr. McDougall. Reducing alcohol consumption won’t be a major problem. With alcohol containing simple sugars, thus empty calories I am taking additional steps, such as exercise and diet to reduce my triglycerides. “According to the Cleveland Clinic, a healthy triglyceride level is measured as 150 mg per dL of blood or less.” With a level of 208, I have some more work to do.