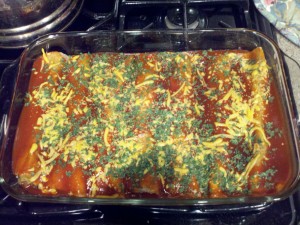 Since changing the way I eat from a standard American diet (SAD) to a plant-based, whole food diet I have experienced many positive changes in my life. Changing the way you eat is not easy, it takes willpower and determination. It’s interesting to hear many people echo similar comments about not being able to give up meat or dairy or oil, all of which would benefit their health, but for whatever reason they continue down a destructive path. Then again, who am I to judge, as I at poorly for nearly 41 years.

Today was a big success for me at work, as I continually talk about a plant-strong lifestyle, yet many mock my efforts and comment on how they could not give up meat. Most of those commenting negatively on my way of eating were men, but that doesn’t pressure me to give up all I have gained and go back to eating a SAD. Instead many of the women were open to the idea. Two of the women in my office didn’t eat meat and called themselves “vegan: yet they still ate cheese and used oils to cook. Good, but not great. Another woman was on Weight Watchers and was always counting her points. Finally another woman seemed to be working out all the time, but for her, weight loss was not coming very rapidly.

It seemed three of the women shared a commonality, they still ate dairy and oil. All three of them are active and do some form of exercise daily, yet for two of them it’s all about diet. So after some persuasion I decided to cook for a group of people in my office. I knew it wouldn’t be highly popular, but I knew the message would get through to a few people, but the last thing I was out to do was change anyone’s eating habits. I was looking to introduce good food that was healthy, in that regard I believe I succeeded.

It comes as no surprise that I cooked potato enchiladas as the main course. I also put together a tri-colored couscous salad and black bean brownies for dessert. Only the brownies caused me some concern, as I wasn’t completely sold on their taste when I sampled on last night. Still I cut them up into squares and brought some with me. I knew the enchiladas and salad would go over well, based on what my wife had said.

Overall, those who sampled my plant-based foods were impressed with the taste. The enchiladas were a big hit in the office, so much so I was printing out the recipe and handing it out. While the filling for the enchiladas can be modified to include more than just sauteed onion, potato and spinach, it was the sauce, which I got from Lindsey Nixon’s Everyday Herbivore that really made the enchilada dish.

As I said, I don’t expect to change the way anyone eats in the office, even those who are vegan or dieting. It was satisfying to know that someone other than my wife, her best friend and aunt liked the enchiladas, a dish that could be modified with more veggies and yes, even meat if you must.