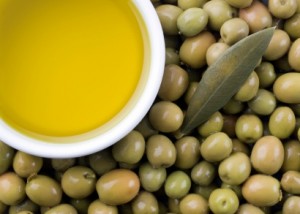 I am sure if you were a friend on my Facebook account you would think I was pushing the plant-base, whole food lifestyle. Some mistakenly term it “vegan” but I consider my more than “just vegan.” I have come across way too many recipes from vegan web sites that end up using a considerable amount of oil. Dr. McDougall and other well known physicians have said time and time again that OIL is not beneficial and adds little to the healthiness of your food.

Unfortunately the way foods and oils are marketed, you would think olive oil is there as a “heart healthy” alternative. It’s not (in my opinion), but I am not a doctor, nor am I going to argue or belabor the point. I don’t cook with it and the program that Dr. McDougall has laid out has no recipes that include it. After further researching his point (and that of Jeff Novick, RD). As Jeff notes, “14% of the calories in olive oil come from saturated fat. The current recommendation from the American Heart Association is to limit our intake of saturated fat to no more than 7% of calories” (source).

If that example isn’t clear enough, here is another common use, see if you can relate. “If we add 2 tsp. of oil to a 1/2 cup serving of steamed vegetables, we would raise the total calories from 25 to 105, and the majority of the calories (76%) would now be coming from oil. This side dish is also now 11% saturated fat.” Again this is coming from a registered dietician and is based on what “healthy” qualities oil brings to a diet. None and that is why I stay away from it now.

Now that I have sidetracked myself, I am trying to figure out how to present this to my parents. No matter what I say or how I say it, they won’t change their ways when it comes to cooking and eating. I tell my mom the success I have had the past 3 months, the weight I lost and the improvement in my blood work and I don’t make any headway.

I know, I said I won’t push this lifestyle on anyone and I won’t. But to have my mom, who is an outstanding cook sit there and tell me olive oil has redeeming qualities I don’t accept it and I know that her opinion is based on myth (which Dr. McDougall dis-spells) and not fact.

The past 3 weeks I have monitored what I eat closely. Using a program called Fit Day, along with a recipe builder call Spark Recipes I can input all my ingredients to a recipe and get a nice breakdown on the nutritional data and enter it in my food log so I can see if I am adhering to the way I want to eat. So far, outside of my 6-pack of beer a week I am doing very well. In fact I wrote about this in Tracking My Food earlier this month. While this is probably going to the extreme I find it very interesting as to what I cooking and eat. The number don’t lie, from calories eaten vs calories burned to my overall weight, which continues to go down to how my nutritional data breaks down.

I just wish I could get my parents to recognize there are healthier ways to eat. When we vacation with them in March, I hope to introduce them to a few of the recipes we frequent, like potato enchiladas. While I don’t expect them to make wholesale changes in their lives, I would like to see them make some changes to improve how they eat. We will see just how they take to what I cook.