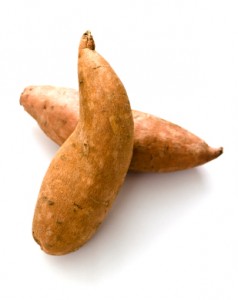 Cooking. I enjoy to cook, never have been trained in the culinary arts, so I guess you could call me self-taught. I have watched many of the Food Network shows, just to watch the food preparation and the recipes. Changing my diet to a plant-based, whole foods lifestyle has not been as difficult as I expected. What is great about this way of eating, being able to experiment even more with food.

Tell a chef to make a dish with 3 ingredients and I am sure many could put together a very good meal. Take away 3 ingredients, in my case, meat, dairy and oil and the task of cooking becomes challenging. It’s one I am up to and I am always on the lookout for new recipes that might go over well with the family.

Neither my wife of son have embraces the “plant strong lifestyle” 100%, I will give them both credit, they are eating many of the recipes I keep trying. In fact my wife now weighs less than when she had our son, Zachary, something she had not been able to accomplish with some of the “fad diets” she had put herself on.

As for my son, we still feed him processed foods that are quick and easy, such as chicken nuggets and french fries, but I have been able to pass of a few healthier options on him. A few weeks back I was able to get him to eat a spicy black bean burger on an thin whole wheat bun. I did include a small slice of American cheese, but hey, it’s a start. He now eats my spaghetti and pasta, which is also whole wheat and the sauce is homemade and includes no oil. So while we are still giving him some of those kid favorites, I am introducing him to some new foods.

Co-workers make comments about me not eating meat or being vegan or vegetarian, rarely do I correct them. Many recipes that follow vegan and vegetarian guidelines include dairy and oil in preparation. The McDougall way of eating does not include either, which is where the challenge comes in. But with everything else in cooking, there are substitutes. I spoke about it yesterday, but I miss cheese. Thankfully I have made a cheese sauce a few times that I find satisfying. There are some others that I have on my list to try.

There are also foods that I never ate growing up as a kid. The two most recent foods I have tried and really enjoy, sweet potatoes and Brussels sprouts! The sweet potato could be the “perfect food.” It’s high in fiber but low in sodium and cholesterol, it’s sweet, but gives you good nutritional value, the proteins in a sweet potato have antioxidant effects and  it’s a filling meal in itself.

Recently found a very cool web site called The Post Punk Kitchen and while I have yet to try any of Isa’s recipes I do have plans to. They look great and I am sure taste the same. So you don’t think you can eat this way, the compromise and make one day or even one meal, like dinner without meat, dairy or oil. You might be surprised at just how good it is. My suggestion: Potato Enchiladas, Skillet Refried Beans and Mexican Rice (with or without Pinto Beans).