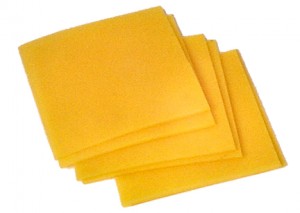 You won’t hear me complaining when I look at what I have accomplished since October, 2011. I have taken on a new lifestyle, some like my family physician would call it a “diet” but it’s more than that. It IS a lifestyle change. Many would consider it “extreme” and not have the drive and willpower to do it. That’s fine with me. I did this for me, in order to get myself healthy. But that’s not to say I don’t miss some of the foods I have given up.

While I probably shouldn’t I still drink beer, albeit nowhere near the amount I drank prior to October, 2011. I could easily go through a case, mixing micheladas all day long as I worked around the house. Unfortunately, that drink might be a thing of the past because of the sodium content in Clamato. If anything I will really limit the amount of Clamato I take in because of the sodium.

More than anything I miss cheese. Since giving up dairy I have been yearning for some sprinkled cheese on top of my enchiladas or placed in the middle of my spicy black bean burger. I have tried a few non-dairy and soy cheese, while they are not bad it’s not cheese. Unfortunately these cheese substitutes are also pretty high in fat content. In my eyes, they should be used sparingly.

That has me combing the Internet looking for a recipe that can be used as cheese. I found a few and it wasn’t until this last week did I try it. Author and cook, Julieanna Hever provided a full meal plan for Super Bowl XLVI. One of her dishes was Hearty Nachos that had cheese. This was a recipe in itself!

Now for those who love the aroma and taste of a piece of cheese, I would not get your hopes up too high. The basis of this cheese is made from cashews, a red pepper and nutrition yeast or “nooch” as it is known in vegan. circles. And no, I don’t consider myself a vegan.

What it does give is a cheese flavor, due to the nooch, along with the consistency of a cheese when melted. The color was pretty close to what a spicy Velvetta would have been, if used instead of a substitute. I have been using this recipe for a week now and it seems to fit the bill when looking for something that calls for cheese.

Since then I have found some other recipes on the Internet for making non-dairy (usually nut based) cheese. Chances are you won’t be serving at your next party, but it’s much healthier than processed cheese. There is also a company in the UK who makes nut-based cheese and sells them. No word on that cheese coming to America though. But in my world, there is a substitute for everything. Well, maybe not beer.