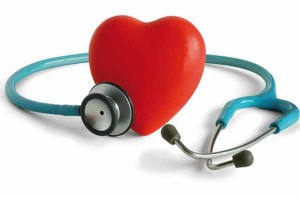 Yesterday I finally set up an appointment with my personal physician to go over my blood work results from December. This blood test was actually supposed to be at the end of November, in support of the Simvastatin he prescribed in order to “control” and possibly lower my escalating total cholesterol number. If you frequent T6F, then you know I took what some would consider an “extreme” approach and made a lifestyle change. I cut meat (not including some fish), as well as all dairy products and oil. Yes, even olive oil, heart healthy, it is not.

I walked into the examination room armed with a list full of questions (and Dr. McDougall’s book, The McDougall Program), along with my copy of the blood results from July, 2011 and December, 2011. The July results coincided with my yearly physical in early August. Aside my my total cholesterol number being 264 mg/dL everything else was normal during the physical. At that time he also prescribed the above medication to control and possibly lower my cholesterol, since the previous year I was not able to bring it under control with diet alone. I was even told that it probably couldn’t be done and my genes played a roll.

As we started talking he was impressed and proud of me for being able to get control of my diet and lower my cholesterol. As I have mentioned before in less than 3 months I lowered my cholesterol 64 points, solely based on my diet. But that number was just one of a few high figures the report concluded. The non-HDLC was still high, but much closer to “normal” than when I was tested the first time. The Triglycerides were the number that had me stumped. Bring down 59 points from 269 to 210 I figured it was a vast improvement, but still high. He did mention good cholesterol (HDL) and triglycerides are linked, so a rise in my HDL should see a drop in my triglycerides.

The other comment he made that I had not been aware of (maybe because I am not a doctor) was that a high triglycerides number is also linked to eating too many carbohydrates. I found that quite interesting since my diet, actually lets call it a “lifestyle” change has me eating about 80% carbs, while factoring in 10% protein and 10% fat. I won’t say I don’t believe what my physician said, but I am somewhat skeptical, based on my own research and reading I have done.

Dr. McDougall, in The McDougall Program says, “sometimes during the period of weight loss the triglyceride levels may rise temporarily, due to the movement of fats from the fatty tissues into the blood.” Since this blood test I have added exercise, further weight loss and a reduction in alcohol. I have no doubt my triglyceride level will be under control three months from now. Again, not being trained as a doctor I don’t know for sure why my triglycerides were still high, I can only take my physician’s word and compare it another I have respect for.

The other result called into question was the level of my Vitamin D. Based on reports “50-90% of the people in the United States could be deficient in Vitamin D” (source). Some will argue that the normal level of Vitamin D needs to be reevaluated, as 30-80 ng/ML (or 30-100 based on my physician) seems to be difficult to achieve for people not near the equator. I love Dr. McDougall’s recommendation, “My initial response to a failed vitamin D test is to not take vitamin supplements, but rather to get outside, get more naked, and get closer to the equator on vacations.” With that said, my doctor prescribed a Vitamin D supplement (what a surprise!) to get to a “normal” level. Unfortunately supplements like medication tend to have a side effect. In the words of Dr. McDougall, “The overall harmful effects caused by nutritional imbalances created by taking these pills are far from fully understood; however, there is sufficient evidence that taking vitamin D by mouth may increase your risk of heart disease, several forms of cancer, and kidney stones. In addition, recent studies have suggested levels of 25-hydroxy-vitamin D above 60 ng/mL are associated with an increased risk of pancreatic cancer, vascular calcification, and death from any cause.”

In the end I left the office wondering if I should be looking for another health care professional. I won’t go back to a standard American diet by adding meat, dairy and oil (FAT!) back into my diet. I feel good and look better than I have been in many years. While the blood results don’t tell the entire story, I would have thought my physician would have been more excited about getting my problems under control and working towards a healthy future. Unfortunately, there is no money in healthy people. I am considering sticking it out with him for 2012 and proving him wrong and that I can continue to improve on my health overall.