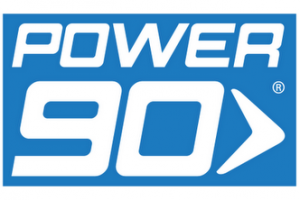 It’s been 9 years since I purchased Power 90 with Tony Horton from a late night infomercial while working the graveyard shift at United Airlines. At the time I felt I was overweight and wanted to get into shape. I had tried diets and gyms and had not really had much luck. My daily diet consisted of a burrito from Chipotle, a few Red Bull Energy Drinks and a some chicken sandwiches from a fast food joint for dinner. Not exactly the image of health. I don’t believe I was cooking many meals at all, it was always food on the go or eating out at local establishments.

I started the program at a weight of 210 pounds on March 16, 2003 and over the course of 30 days I saw a 10 pound weight decrease and looking at the pictures (the ugly truth) I took of myself on day 1 and day 30, there were some minor changes in my body. Most notably, a 1″ increase in my chest and a 2″ loss on my waist. Still after 46 days, when I stopped keeping up a journal at Team Beachbody, I was not where I wanted to be.

This time around, I have half the battle already won, as my diet is under control and I have already dropped 26 pounds since October 30, 2011. I know I seem to bring up that number every time I talk about how I did it, but I am still in awe that I could see changes so quickly. Since moving to a plant-based whole food diet I have more energy and have my cholesterol under control. Unlike my 2003 attempt I was still not eating healthy while using Power 90, but I was loading up on recommended supplements as advertised on their web site.

Today was my reintroduction to “Tony and the kids.” Tony being fitness guru, Tony Horton who leads us in “combined quick, intense cardiovascular exercises with moderate-level strength and weight training moves” (source). His kids are the male and female he used in the video to help those, like me accomplish the moves in this DVD series.

I started with Sweat Cardio I/II today and I’ll be honest couldn’t keep with the simple moves. I had a few added breaks in the 36 minute workout. This DVD combined cardio moves, kickboxing and Pilates before moving on to 100 ab moves in 10 minutes. I know I don’t feel it now, but coming tomorrow or the next day I am sure it will start to take effect. I am a bit tired after the 45 minute workout, but like my previous attempt, I feel good and better about myself as I know I can break down the barriers that prevented me from being successful in 2003.

Combine Power 90 with 30 minutes of walking at work and my “plat strong lifestyle” and my health outlook is nothing short of spectacular! Looking forward to it in fact. the most telling sign will be when my wife begins to notice the changes. She can tell a difference in the loss of 26 pounds and damn if I can notch my belt over one more loophole. It’s the small things, right?