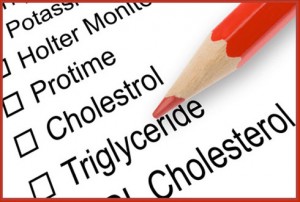 The first sign of progress I had came 31 days after I resolved to change my diet from the “standard American diet” (or SAD, how fitting), which typically contains meats, dairy and oils. After watching a few documentaries and finding out about Dr. John McDougall I set out “get healthy!” Like many before me I am sure I was a bit skeptical that so many of the Star McDougallers had experienced so many positives changes as it related to their health. Even those who’s story wasn’t highlighted had positive stories to tell about how bad their health was and what Dr. McDougall’s program did for them.

On December 1 my weight went to 199 pounds, that was 17 pounds lighter than I weighed on October 29 when I resolved to change my eating habits, doing away with meat, dairy and oils and basing my diet on whole plants, including grains. The weight loss was just part of the total picture for me. What I had been looking to do was improve myself on the inside.

I was worried last year when my father had a stint put into his chest. Heart disease is not prominent in my family, but I had a few of the potential symptoms as my blood work revealed a very striking number. Add to it I had gained some 15 pounds since taking my job in Oakland, some 5 years earlier. Located very close to Chinatown it was all to easy to go grab something for lunch and most of the time is was NOT healthy and usually friend.

So my weight of 216 pounds at the time of my physical coupled with a total cholesterol of 263 mg/dL was an ugly sign that left unchecked would only get worse and lead to more plaque possible clogging my arteries leading to heart disease. A year earlier my doctor had told me to change my diet and outlined a simple way to figure out if the food was good or not. Needless to say it didn’t last long and I was back to eating the same crap. None of my n numbers were better than the previous year and that had my doctor concerned.

After the physical he prescribed a Statin to help control my cholesterol level. He told me diet alone would not cut my cholesterol number enough and that medication would be required. Great, here I was at 41 years old and already on my first medication I would be taking for the rest of my life. Although it would be another 3 months before I was introduced to Forks Over Knives, it would be better late, than never.

The idea of move to a whole-plant diet as suggest by Dr. McDougall could be considered “extreme” by many Americans. I have gotten very comfortable since the end of October, as I am in my “transition phase” (as I call it) learning more about the lifestyle, Dr. McDougall and the positive effects this lifestyle can have, especially when it comes to longevity and health.

Of course it’s not for everyone, making the decision to give up how I thought about food and cooking wasn’t easy. I cut out meats, which included chicken and pork (which my doctor said were better for me). I cut way back on dairy, namely cheese since I loved to cook with it. I also had to find a new way to cook without using oil or butter, such as sauteing vegetables or frying whatever we were having for dinner. In sort I was a “SAD” abuser when it came to how I ate, so it’s no wonder my blood numbers went from bad to worse in the matter of 1 year.

I had the requisition to get a second blood test in the months follow my doctor putting me on the Statin. Aside from some nasty side effects he wanted to make sure the medication was not going to destroy my liver. Lovely thought, huh? A medication to improve one area of my health while destroying my liver. This blood test was supposed to be taken at the end of October (3 months after my physical). I procrastinated a bit and it wasn’t until last Tuesday I got the blood taken.

Today I picked up my results and while I had anticipated some of the improvements I was blown away by just how good they were. The main number I was interested in was my total cholestrol (Chol). In July it was at 263 mg/dL or very unhealthy considering a normal range is between 140-199. The results were shocking as my cholesterol came in at 199 mg/dL. That my friends is a 64 point drop! Sudden I go from an unhealthy concern to just on the upper scale of normal. What would my doctor say?

I won’t lay claim to it being the medication since I made the decision to stop taking the Statin about 30 days into being prescribed it due to my legs hurting, which is one of the problems. I should have contacted his office and told him of the problems, but I didn’t. That is on me and I don’t claim to know more than my doctor, but I could not fathom taking medication the rest of my life. There had to be a better way.

While my body is on the “road to recovery” I still have much more work to do. Now that my weight and cholesterol is heading the right direction I need to incorporate more exercise into the plan. Currently my exercise is about 20 minutes of walking a day while at work. Come next month it will include 30 minutes (to start) on our Bowflex Revolution, as I work to increase the amount or exercise to 1 hour a day, 3 times a week.

January 9th is the target date I have set to start Dr. McDougall’s 12-day program. My transition period has allowed me to learn more about the lifestyle, how to cook, what not to eat and acceptable substitutes when it comes to flavors or foods I desire. Along with cutting out the last bit of cheese I still eat is giving up the alcohol for 12 days. I usually favor beer on my days off from work. This might be more challenging than giving up meat, dairy or oils. Only time will tell. After my 12 days I will see just how far I have progressed and evaluate my health and where I want to take this lifestyle change.

Surprisingly enough my aunt told me last night she wants to get the whole-plant diet another attempt. She had been vegetarian for about 15 years until recently. So I will have at least one companion on this journey with me. My wife’s best friend and her husband have claimed to be interested in it as well. Both are overweight, her from her recent bout, beating cancer and he is a walking where health is concerned. In my opinion he would be a prime candidate for Dr. McDougall’s clinic in Santa Rosa, where he could learn about nutrition, cooking and improving his health. Currently along with the weight condition, he smokes, drinks (probably as much as I do), is diabetic, eats terrible favoring very fatty foods and living off energy drink. I would guess his blood numbers worse than I. He is a prime candidate for a heart attack unfortunately. So it would do him good to give it 12 days and see what this diet could do for him.

Unfortunately the determination and willpower comes from an individual, not a book or doctor of a 10 day program. You must WANT to make the change in your health. I have already had that “Aha!” moment today seeing my cholesterol down 64 points to know I have made the right decision for myself and my family. Hopefully other people interested in my changes will take note and make that determination for themselves.