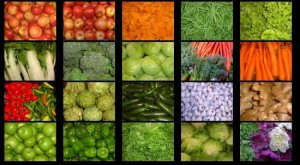 A friend at work who enjoys to cook recommended the documentary, Forks Over Knives recently, not so much as an introduction to a vegan lifestyle, but as an introduction to help reduce my “high” (the doctor’s opinion) cholesterol. She told me a bit about the movie and that it was available on Netflix, so I didn’t hesitate to watch it.

I was quite surprised at what I saw and heard as it related to a “healthy lifestyle” and nutrition. Of course being a movie, I did take some of it with a grain of salt and consulted the interwebs for further details. Raw Food SOS had an interesting review of the movie and posed the question, “Is the Science legit?”

It was interesting to read the blogger’s opinion, as well as the additional sources that were cited regarding the doctors in the movie, T. Colin Campbell and Caldwell B. Esselstyn. While some of the statistics are a bit ambiguous, much of the data seems to be very sound.

The movie steers clear of introducing a vegan lifestyle as opposed to promoting a “plant-based diet.” Just mentioning the term “vegan” sometimes gives individuals a false sense of implementing extreme changes in your diet, giving up all meat and promoting PETA. I never had that feeling as I viewed the movie that this change would be extreme at all for my lifestyle.

Five years ago I started going to the doctor annually for a physical. As I approached age 40 I was getting nervous about my healthy and wanted to make sure I had no major problems, so I could be around for my son and wife as long as possible. Unfortunately, for every ailment the doctor did not hesitate to prescribe medication. It wasn’t until a few weeks ago I was being prescribed medication for symptoms, but none that seemed to cure the problem. If the medication didn’t work, they prescribed something else. I found myself taking a handful of pills day and night and didn’t want to be relying on “big pharma” as I got older.

My introduction to Forks Over Knives couldn’t have come at a better time. With my cholesterol being higher than it was last year during my physical I had started to look for recipes that would be friendly for my change in diet. For the few months I have been cooking since my physical, I believe my wife, son and I had been eating better, but not good enough. What the real eye opener in the movie was that food was being used to cure what ailed the body. It was quite amazing to hear some of the results, including those of writer/director, Lee Fulkerson.

Granted the case studies in the movie were consulted by professional doctors, some that specialized in “emphasizing nutrition and lifestyle modification,” such as Matthew Lederman, M.D., and Alona Pulde, M.D., Founders of Exsalus Health and Wellness Center in Los Angeles, California and John McDougall, M.D., Founder of Dr. McDougall’s Health and Medical Center in Santa Rosa, California.

To date it’s been 7 days since I last had meat. While I am not completely convinced I can eliminate meat I think I can have good success following a meal plan similar to what Dr. McDougall proposes or even using food that are better for the body when it comes to nutrition.

Since seeing Forks Over Knives I have also viewed Food Matters and Food, Inc. I have also started looking at “plant-based” cookbooks, even picked up a new one by Ani Phyo called Ani’s Raw Food Kitchen: Easy, Delectable Living Foods Recipes. We will see how this progresses, it’s just the start and hopefully the change will be apparent and I can “live to eat” instead of “eat to live.”