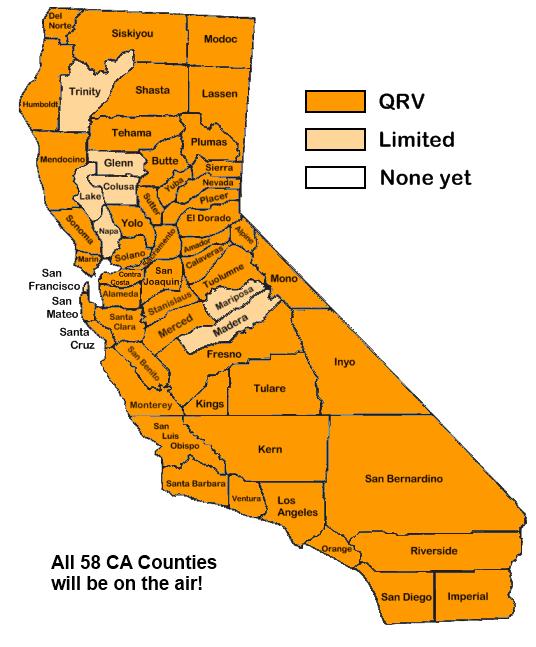 This weekend I might actually forgo watching NFL football and European football and participate in the CQP or California QSO Party. For those new to The 6th Floor, this is a year radio contest sponsored by the Northern California Contest Club (of which I belong to). The object for stations inside California is to work as many stations outside the state as possible as well as work all 58 counties.

Last year I had intentions to work much longer than 3:55, but my parents arrived in town and I never got back on the in air. In that time, operating at K6B (a special 1×1 call sign) I made 196 contacts that included 11 DXCC, 8 CA counties and 35 states/6 provinces. It was my intention this year to pull a 35 county mobile operation, but with planning that started early this year ended about 3 months ago when I lost the driver and interest in putting together the operation. It is still a goal of mine and the route is plotted.

Unfortunately the N3FJP software I used last year spit out a bad Cabrillo form and my log was not accepted. I don’t believe it was even used as a check log. Ah well, guess I learned the hard way. I like Scott’s software too. I might take a second look at it and see if there is a way to convert the log file before I give up on it. Right now I am considering TR4W,w which is what I was using for the CWT mini contests.

No idea what I will shoot for as a goal. My son and wife are leaving for Disneyland on Sunday morning, so I should have much of the afternoon, if I don’t’ commit to playing soccer that morning. If I do, then I can write off the afternoon playing radio. Depending on commitment, I would like to get all 58 counties and work all 50 states and about 500 contacts on both CW and SSB. The CW might be a bit slow, please put up with it. I enjoy the mode and love use it, but not the best at running a frequency. See you this weekend in the CQP!