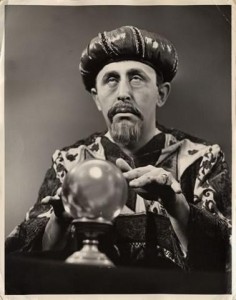 I can often be heard saying, “Start your studs” early in the fantasy season (Can I blame Russ for this?). While this moniker might ring true in a majority of the cases there are exceptions. This off season had been very interesting with the CBA negotiations and hold outs, followed by the frenzied free agency period, training camps had started and before we knew it the first week of pre season games were upon us.

Even with the confusion during the off season, our TFL draft date was not change, nor were many others of individuals I spoke to. We are on the even of Week 2 in the NFL and we are finding out a few things after just a single week in the season. First, top defenses. Defenses like that of Green Bay, New Orleans, New York Jets and Pittsburgh didn’t play like the defenses we EXPECTED them to be. The Thursday night opener with the Packers and Saints saw 700+ total yards and 70+ points scored. So much for defense.

Another problem we have faced early has been the playing the studs. Case in point, Chris Johnson, 9-24 in his first game. Now in his defense he did hold out for a new contract, so a decrease in performance was to be expected, but I believe we all expected more than 24 yards. This week he faces a Baltimore defense that shut down Rashard Mendenhall and the Steelers last week. Do you start Chris Johnson?

Injuries. Oh the injuries. Another issue with a shortened training camp period because of the CBA negotiations. We are seeing the “Hammy Hoax” along with an array of the muscular injuries causing players to sit out of practicing putting their status in Week 2 in jeopardy. Injuries are part of the game and are to be expected. In fantasy football, you as an owner need to plan for this during the draft, not afterwards with the waiver wire (but that is a discussion in itself).

It was mentioned in the Fantasy Football Starters Forums that fantasy football is not a marathon, but a sprint. The logic is right, but but I think you can argue the application. As an owner I am not ready to pull the plug on a player after just a few weeks. While many H2H leagues will end after Week 13, this leaves 10-11 weeks to make changes and put some victories together. How long you decide to hold off making changes is YOUR decision. Many ask for opinion and input but don’t anticipate the consequences, you need to man up and take responsibility for your team and the actions YOU are about to take. All I do is provide one opinion, based on what I know, what I read and what I hope will happen.

A good example for Week 2 is KC vs DET. The entire Chiefs team looked awful in a 41-7 thrashing at the hands of Buffalo last weekend. This week it’s Detroit, who has a stout run defense and a secondary that slowed Josh Freeman last weekend. Two common questions we have seen this week, “Do I start Jamaal Charles?” and “Do I start Dwayne Bowe?” I will give you that Charles is a stud RB, as witnessed by his performance in 2010 and back to back 1100+ yard rushing season. Bowe on the other hand had a career season last year, I expect a drop off in his performance this year and with a slow start and the fact that Matt Cassel is playing injured might have me look elsewhere for a starter. In other words I might play the match up for Week 2. This could be the case for Charles as well, depending on who you have for depth at RB. I agree that Charles is a game changer, much like Chris Johnson.

Another comment that sometimes goes unsaid is that you need to have luck in fantasy football. I would much rather be lucky than good over the course of 28 years and win than be good all those year. Maybe I would have won more than I have. You can get as many opinions as you want, discuss and compare players on multiple levels, their match ups and statistics. In the end the decision for the start is yours. If you follow the voices on the forums, then it’s on you. If you go with your gut it’s on your. Basically it’s your call. Hopefully the tools you use, opinions you gain and discussions you are involved in help you start the players who will score you the most points and bring you a victory.